What is Beard Transplantation?

Recently, cosmetic products offered for sale under the name of beard growing lotion do not ensure hair growth in areas where there is no hair growth. If you want your beard to regain its old appearance or reach the density you want, you should have a beard transplant operation.

What are the Causes of Beard Loss?

Beard loss is one of the questions that modern medicine has not yet found an answer to. Genetic factors, hormonal disorders, stress, dietary habits, alcohol consumption, misused care products can cause beard loss.

Conditions That Can Be Corrected With Beard Transplantation

Who Can Be Applied to Beard Transplantation? Am I the Right Candidate?

The following criteria show that beard transplantation is applicable;

Beard Transplantation should not be applied to whom?

If you are looking for a beard transplant operation and want to know which one is the best option, just contact us. After a quick examination by our specialist doctors, you will have all the answers you need.

How Long Does Beard Transplantation Take? How Many Days Should Those Coming From Abroad Reserve For This Operation?

The operation takes 3-8 hours. Those coming from out of town or abroad should stay for 1 night and 2 days. You can return to social life on the same day. There is an operation process planned as beard transplant operation on the first day and rest on the next day.

Things to Consider Before the Beard Transplantation Operation

Quit smoking 7 days ago, caffeine, green tea and alcohol 3 days ago.
Aspirin, as a drug with high blood thinning properties, may cause excessive bleeding during the procedure. If there is a drug that you cannot stop due to health problems, although it is a blood thinner, you should definitely inform your doctor about it.
When deciding on your operation day, at least coincide with a period where you can rest on the operation day.
Make sure you have a good breakfast on the day of your operation. If your operation is in the afternoon, choose a light menu.
Be sure to wear a button-down shirt or a zippered sweatshirt. Do not choose turtleneck sweaters and clothes that you will have to wear over your head. This may cause damage to the area where the beard is located.
Be sure to be at the clinic at the time specified for you.

If we consider the time from the moment you enter the clinic to the local anesthesia stage as a preparation stage, the procedures to be performed in the hospital are as follows;

Tests
A blood test is performed to determine whether the patient has a disease that prevents him from undergoing an operation. While the blood draw takes a maximum of one minute, the results are available until the other procedures are completed.

Information on Graft Quality and Process

After the tests are done, information is given by Medifulya's specialist doctors. In this process, while the patient is psychologically prepared for the operation, on the other hand, information is given about beard transplantation methods, pre- and post-operative considerations, and how the quality of the graft affects the success rates. Here, the goal is to share natural results and to ensure that expectations are fully purposeful instead of unrealistic information presented to people for marketing purposes in advertisements.

First of all, your expectations will be evaluated with the doctor who will perform your operation. It will be determined whether your expectations can be realized with technical information. Other alternatives that can be applied will be presented to you verbally and in writing. The distribution of the beards to the regions will be planned based on the beard design and the agreed number of purchases. Before the local anesthesia process starts, the last step is to shave the beard and to put on the patient's apron in the special room allocated to you. You are now ready for the operation!

Beard transplantation is the process of taking enough hair follicles from the donor area and placing the roots in the channels in the target area in accordance with the natural angle. Beard transplant operation is carried out in four basic stages; numbing the skin, collecting the hair follicles, opening the channels and finally adding the roots to the opened channels.

Stage One: Anesthetizing the Scalp

FUE technique is generally used in the process of collecting hair follicles in Beard Transplantation. After the donor area, which we call the safe area between the two ears, which is coded not to fall out, is prepared for the procedure, the hair follicles are collected one by one with the FUE motor. In the meantime, it is very important that the roots are not damaged. Each of these roots, called grafts, contains an average of 2-4 hairs. An average of 1500 to 2000 grafts are used. The amount of graft can be increased according to the need.

It is very important that the tissue is not damaged during the opening of the channel and the blood circulation is not disturbed. The number of channels is directly proportional to the number of grafts to be used. After the hair follicles are collected, the grooving process in the area to be planted is performed with a metal slit or a sapphire-tipped pen.

After the donor area, which we call the safe area between the two ears, which is coded not to fall out, is prepared for the procedure, the hair follicles are collected one by one with the FUE motor. In the meantime, it is very important that the roots are not damaged. Each of these roots, called grafts, contains an average of 2-4 hairs. An average of 1500 to 2000 grafts are used. The amount of graft can be increased according to the need.

Third Stage: Opening the Channels and Planting the Hair Roots in the Opened Channels

With the help of micro motors, grafts taken from the donor area, that is, healthy hair follicles, can be transplanted directly to the area to be transplanted.

What awaits you after the Beard Transplantation Operation?

Treatments applied directly on and inside the beard, including medical treatments and anti-shedding sprays, should never be done before 1 month.

Why Turkey is Your Best Option for Beard Transplantation?

How are the Costs of Beard Transplantation in Turkey?

Can We Perform Beard Transplantation in Another Area?

Beard transplantation is a surgical operation and tissue transplantation is performed. Unsuccessful operations will not be reversible, so they must be performed in a hospital environment, by specialist doctors, under sterile conditions. Otherwise, the risks of infection and contagious diseases arise.

When can I return to work?

The patient can return to social life after the first wash, that is, on the day of the operation. If you are not working in a physically demanding job, you can return to work in a few days.

What is the Success Rate of Beard Transplantation?

With the developing technology, hair transplantation treatments are achieving great success. Generally, this process is used to restore the beard in case of excessive hair loss, natural thinning or beard loss due to an injury. Between 10% and 80% of the transplanted hair follicles are suitable for development and growth.

Is it understandable that I had a beard transplant?

Will I Feel Pain During Beard Transplantation?

The operation is performed with local anesthesia. Therefore, pain, aches and pains are not felt.

Does the Patient Need Medication After Beard Transplantation?

A prescription is given to the patient by the doctor. The patient should use the drugs necessary for treatment according to the doctor's advice. The maximum duration of drug use is 5 days.

Does the Patient Need to Use a Special Lotion After Beard Transplantation?

Special procedures are applied in the treatment of beard transplantation, and therefore, attention should be paid to contact with water. The medicine or product recommended by the doctor should be used regularly, this is a direct factor in the success of the process applied to your beard. Other care products cause irritation of the beard skin and channels.

When will my beards start to grow after beard transplantation?

Does the transplanted beard fall out after a beard transplant?

The hair follicles transplanted in the beard transplant operation shed for about 2 months, and this is an expected situation. Since the hair follicles are taken from the safe area that is coded not to fall out from birth, stronger and healthier new beards will grow in place of the shed beards over time.

Does the Patient Need a Second Session After Beard Transplantation?

Beard transplant operations can be completed with a single-session operation or more operations. The efficiency of the donor area, the width of the opening area, and whether the patient's beard loss continues are the main factors that determine the number of sessions.

Are There Risks of Beard Transplantation?

As a result of deeper placement of the hair follicles, there is a possibility of formation of acne-sized cysts in the area. These dermoid cysts are common complications and heal over time. 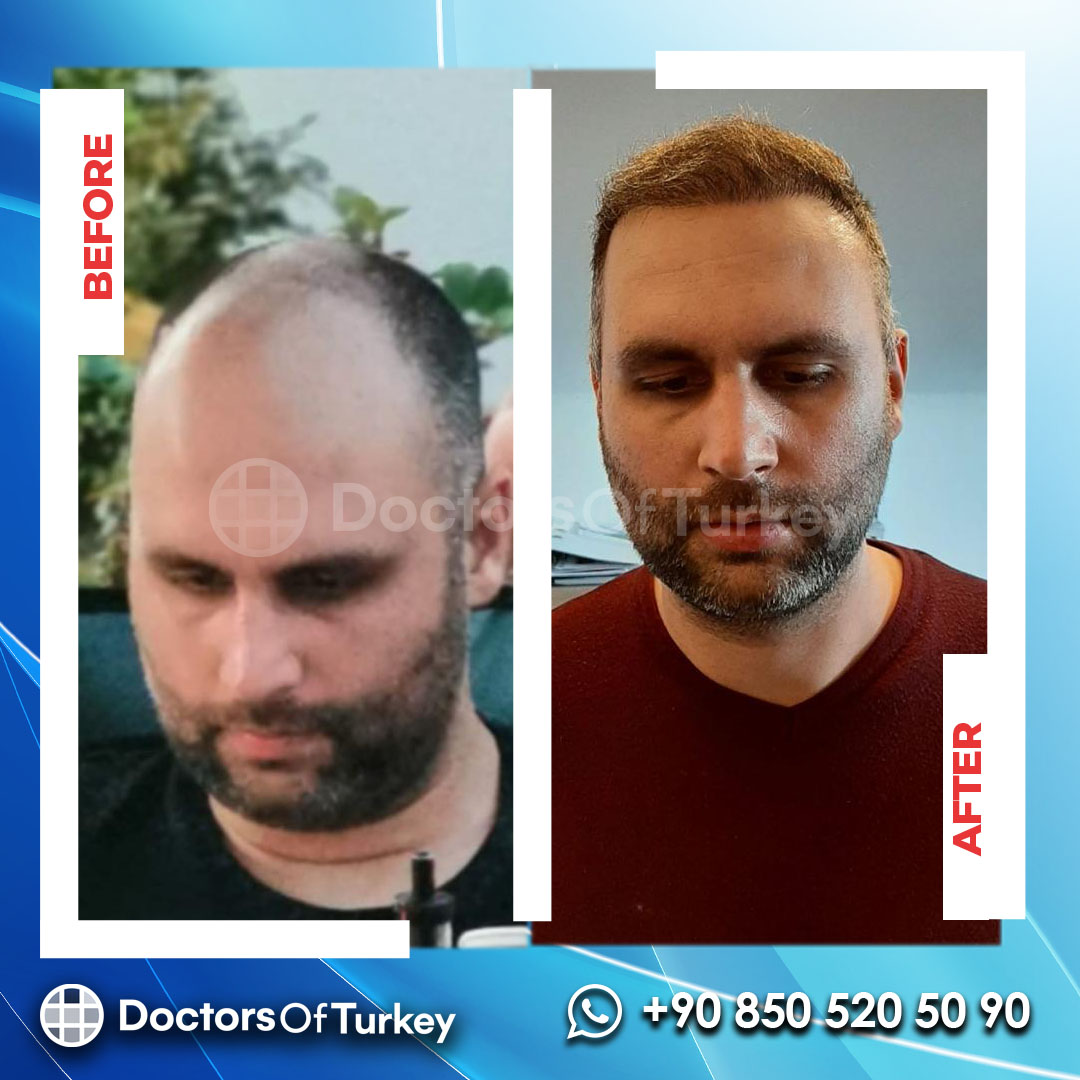 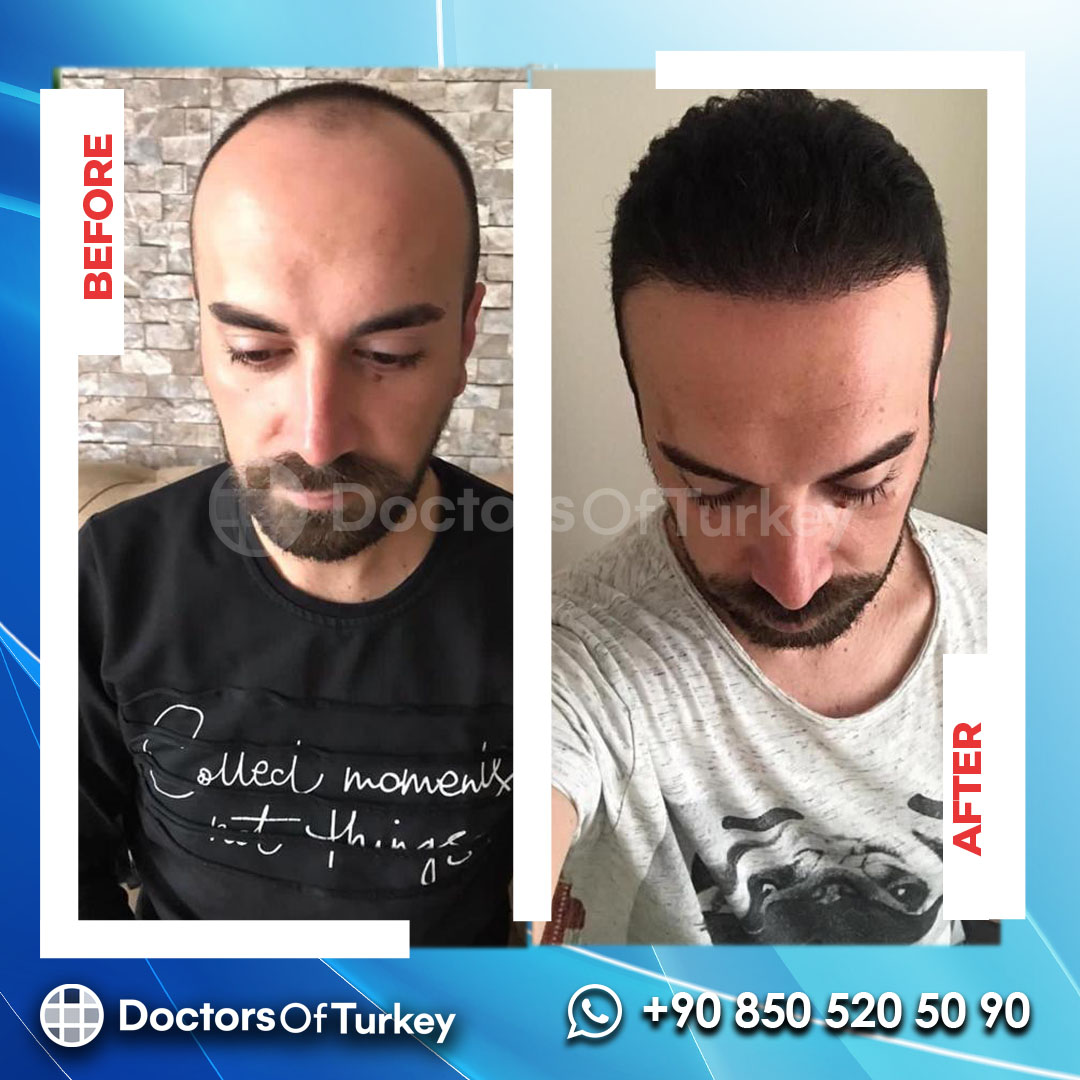 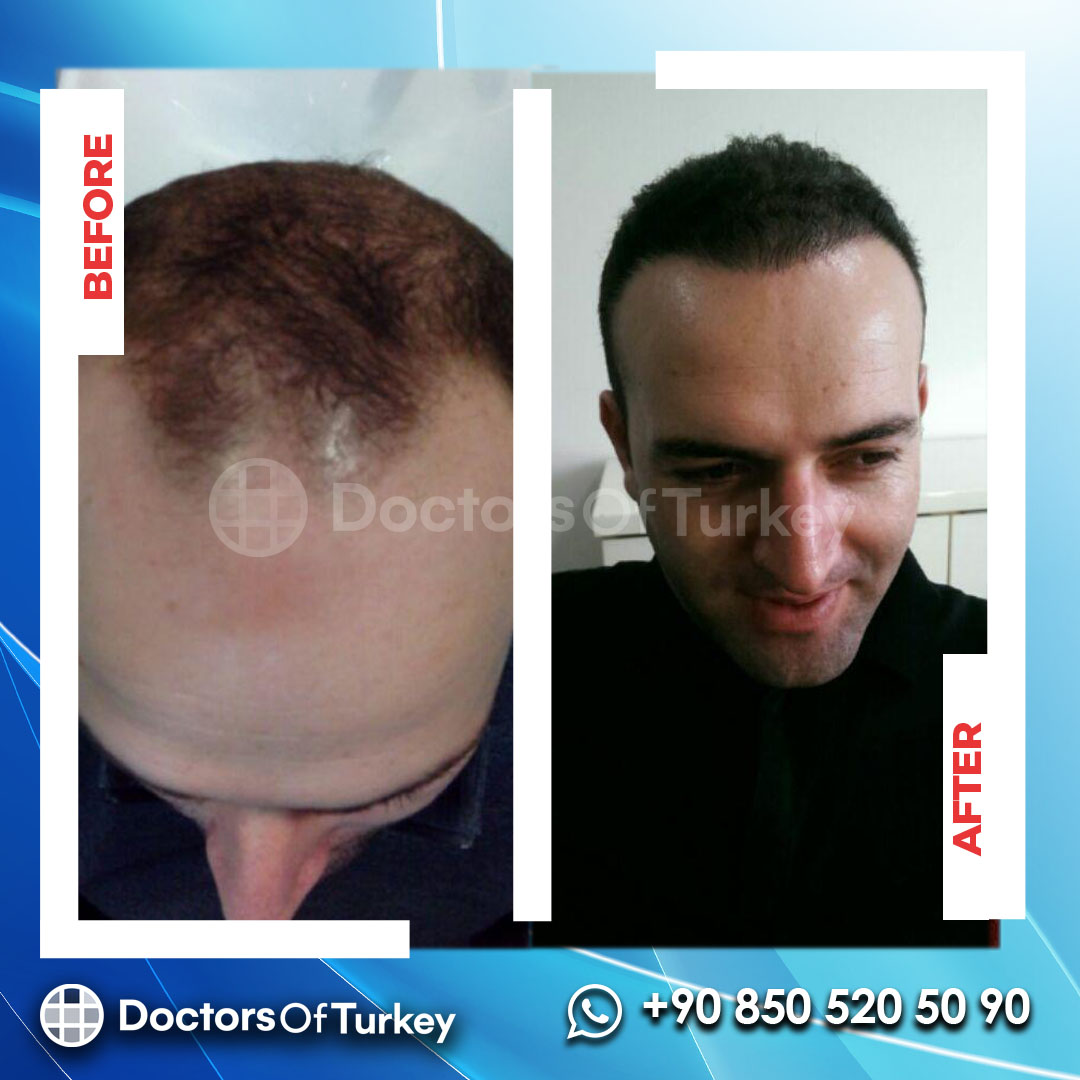 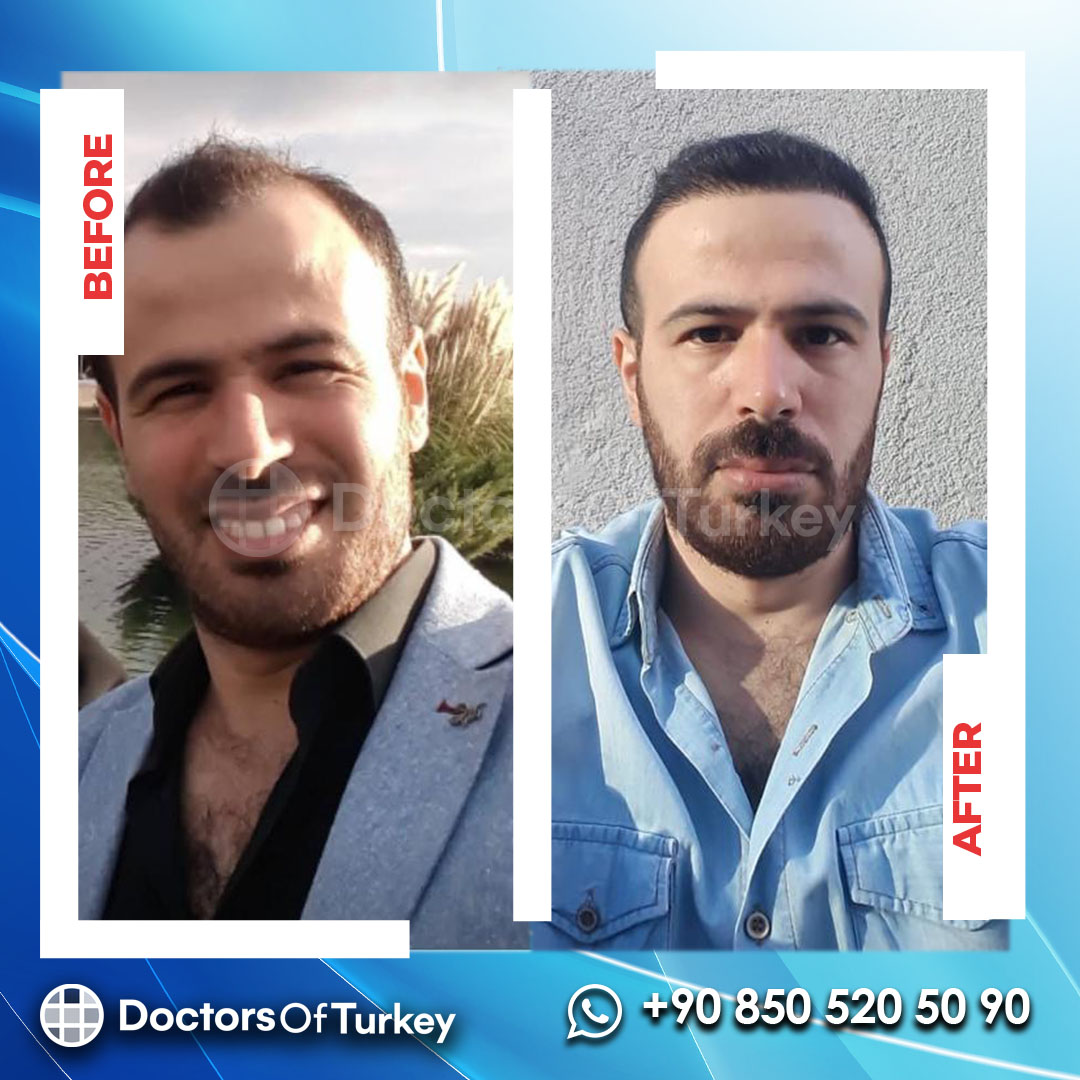 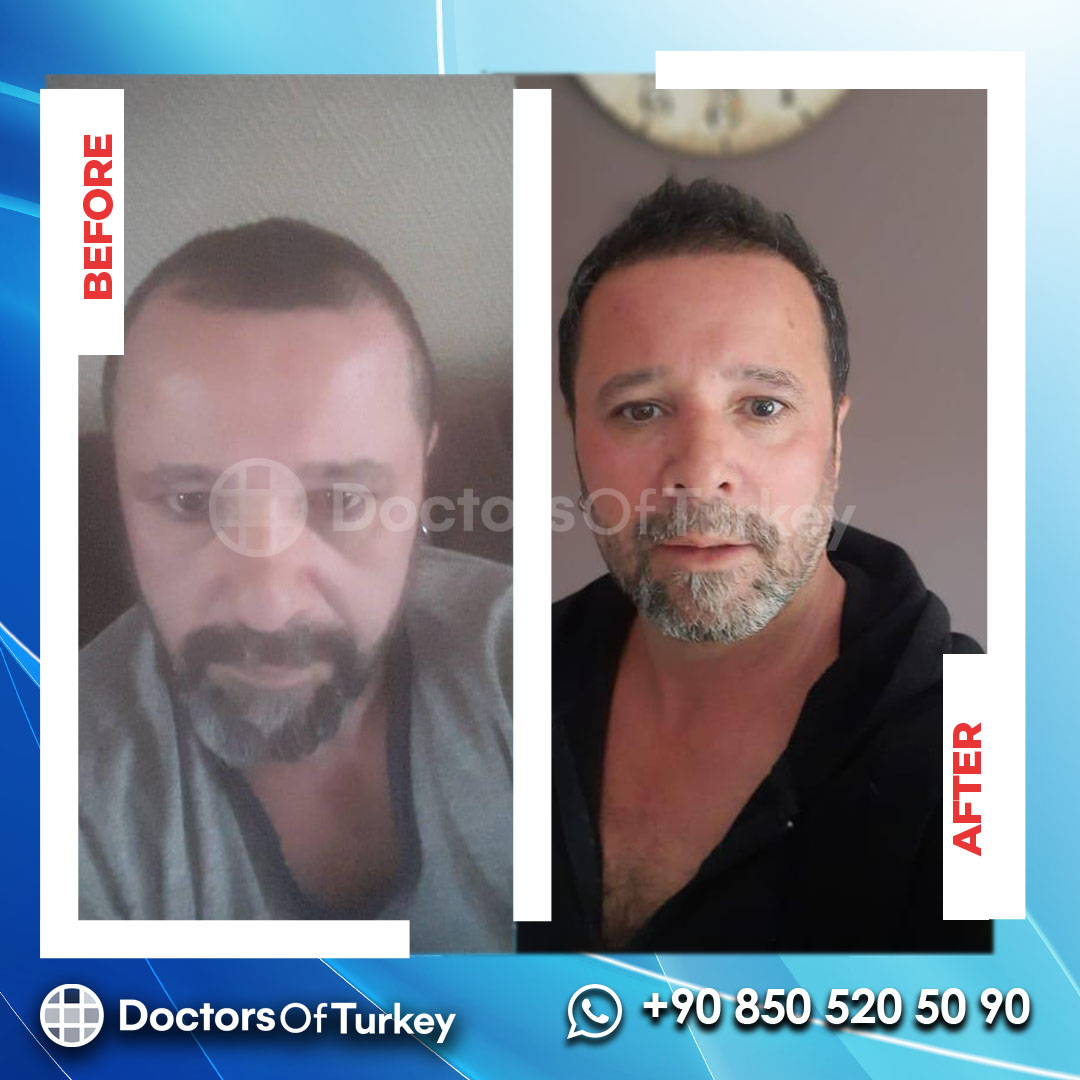 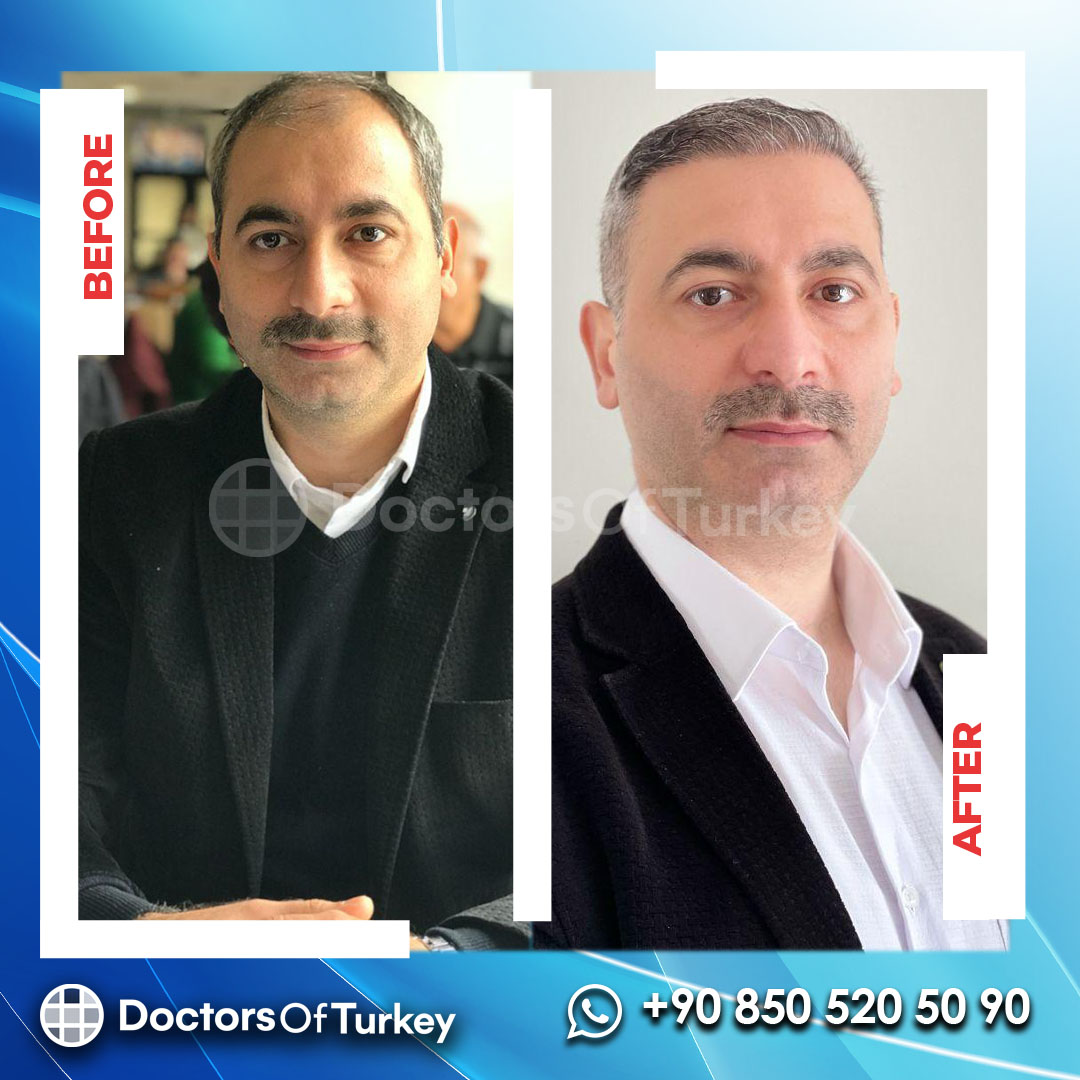 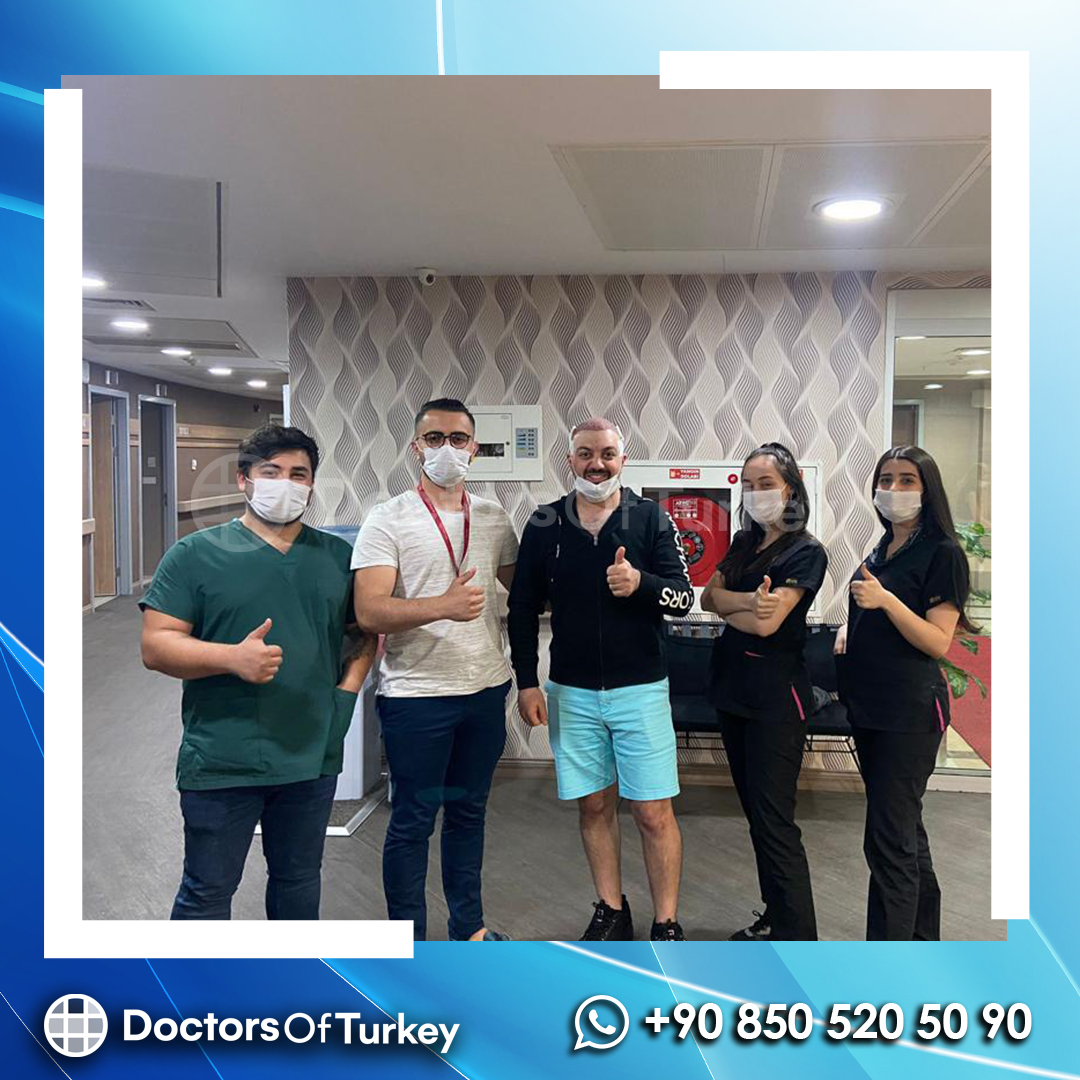 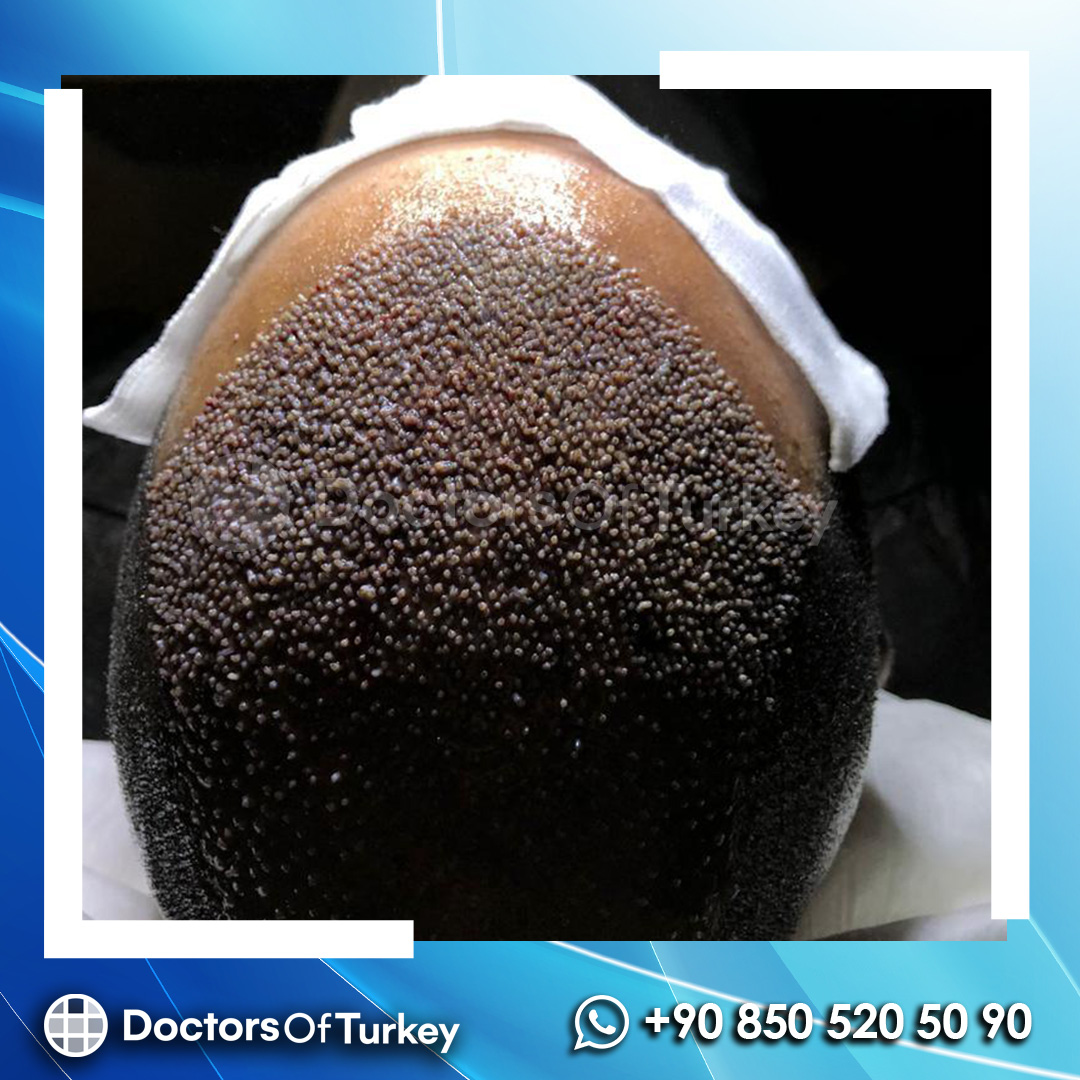 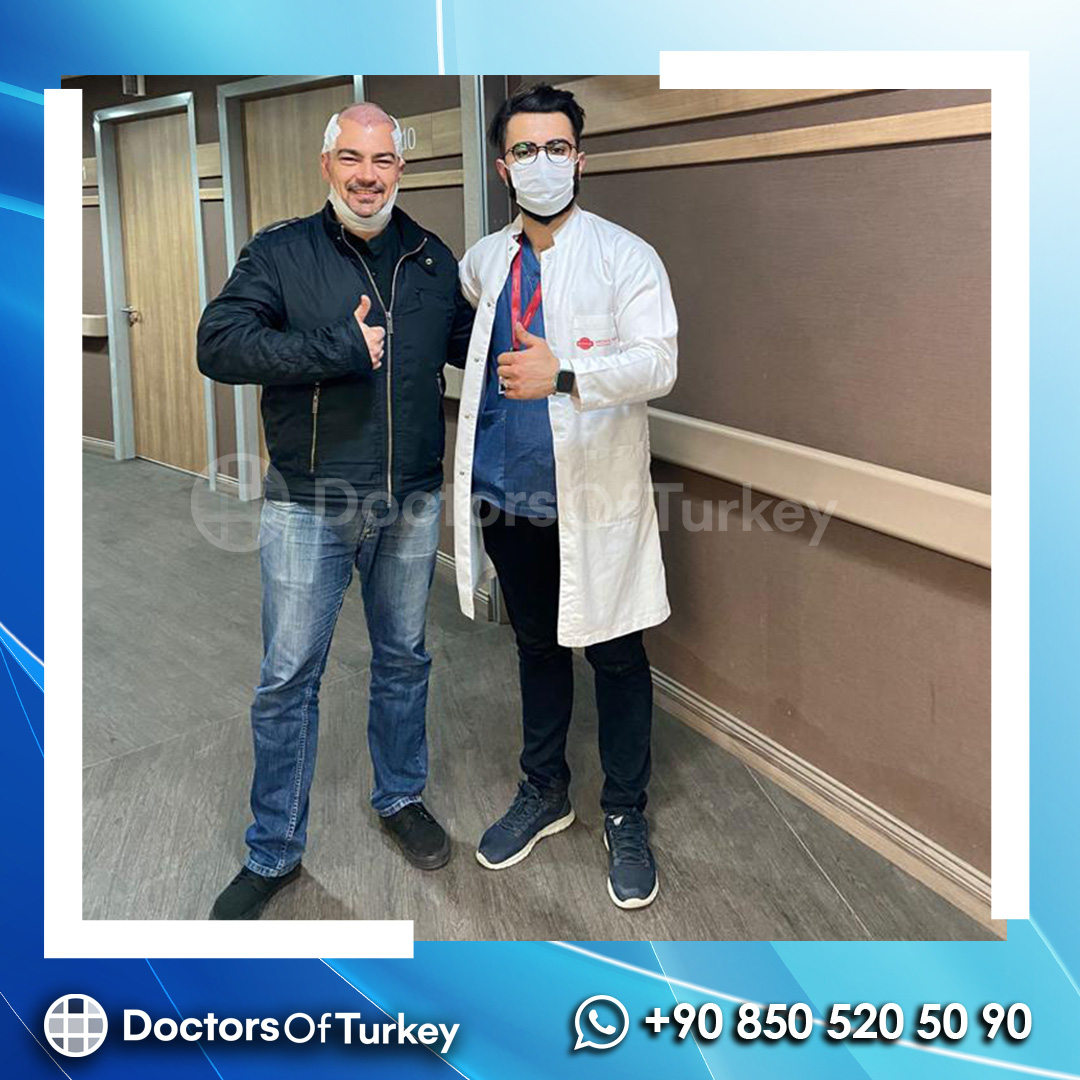 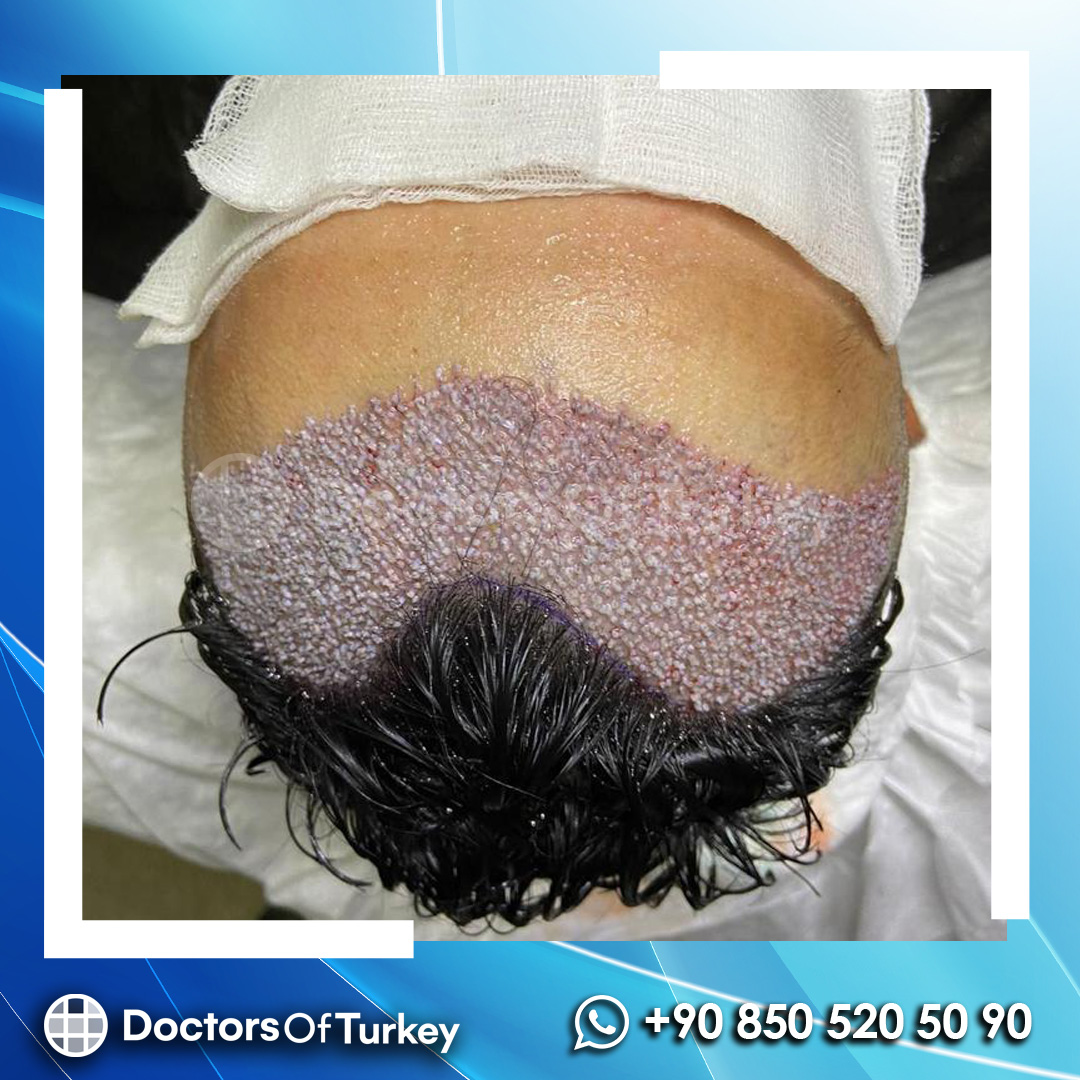 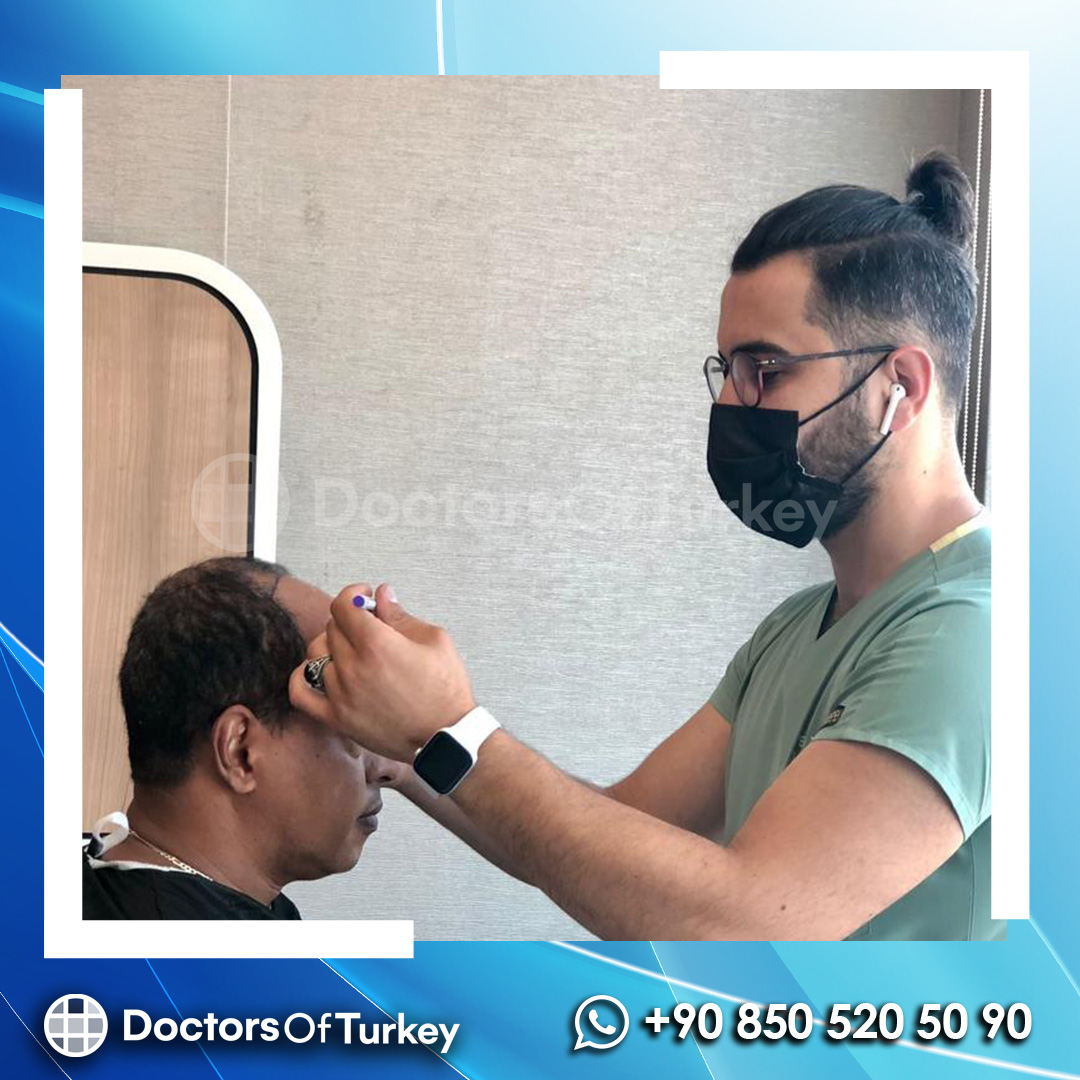 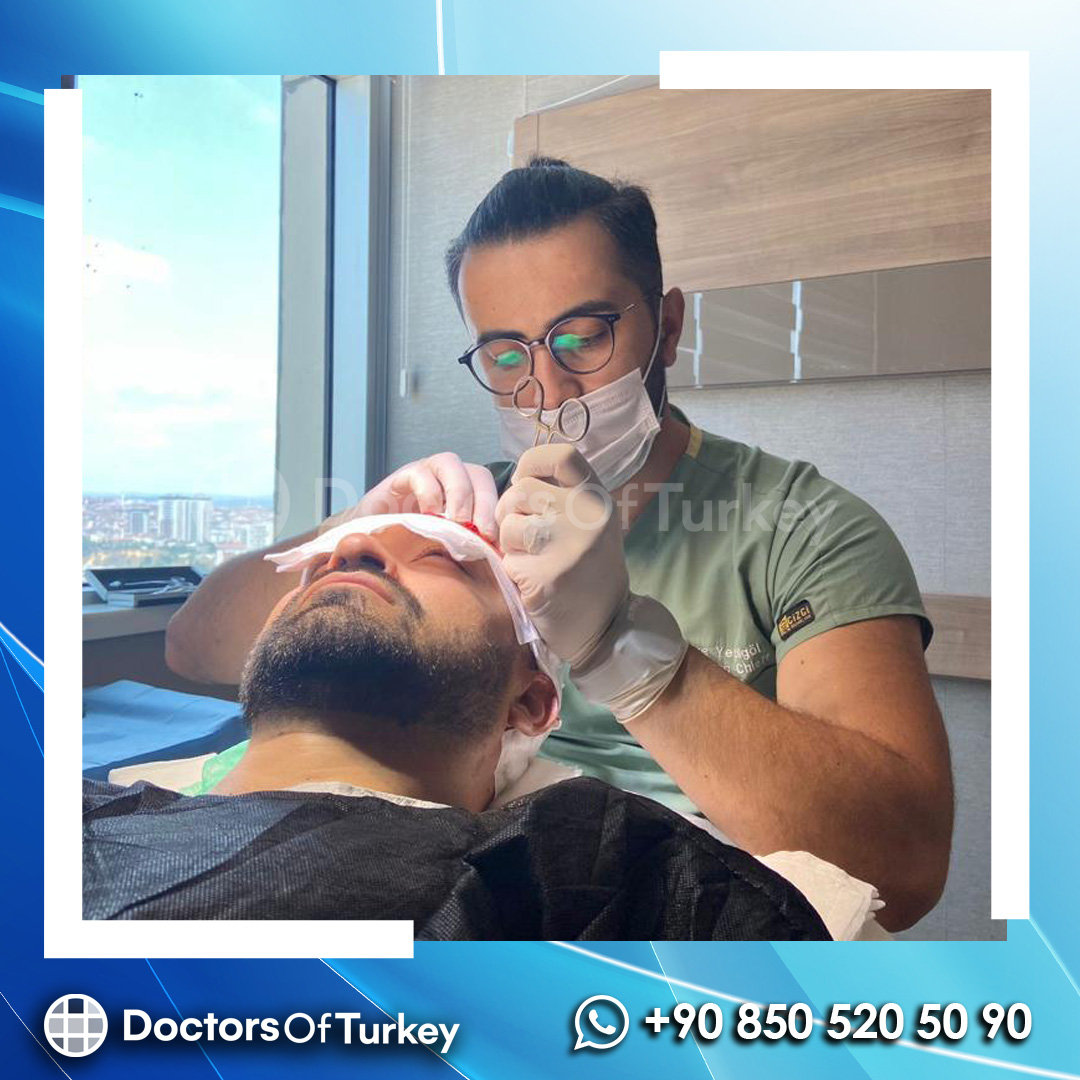 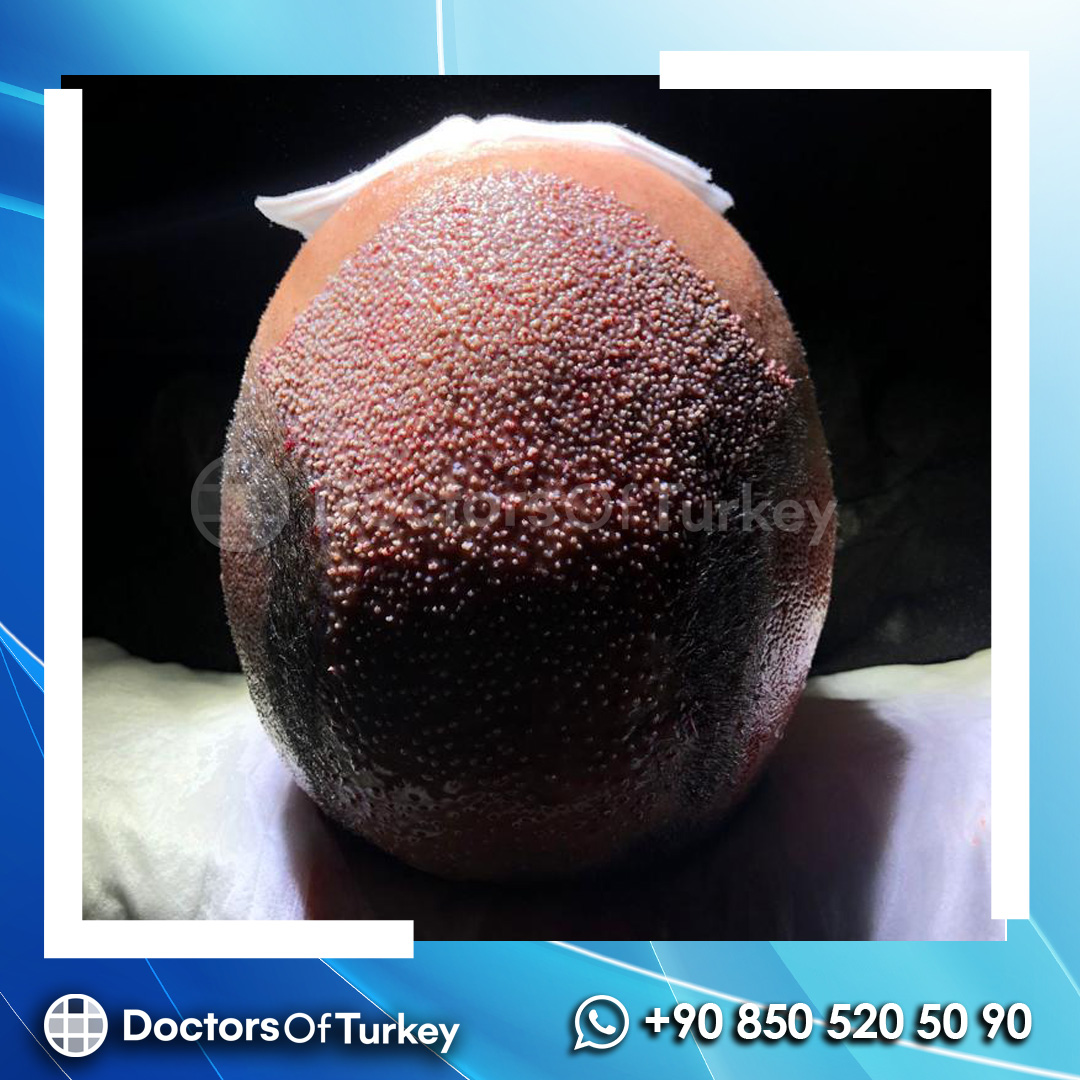 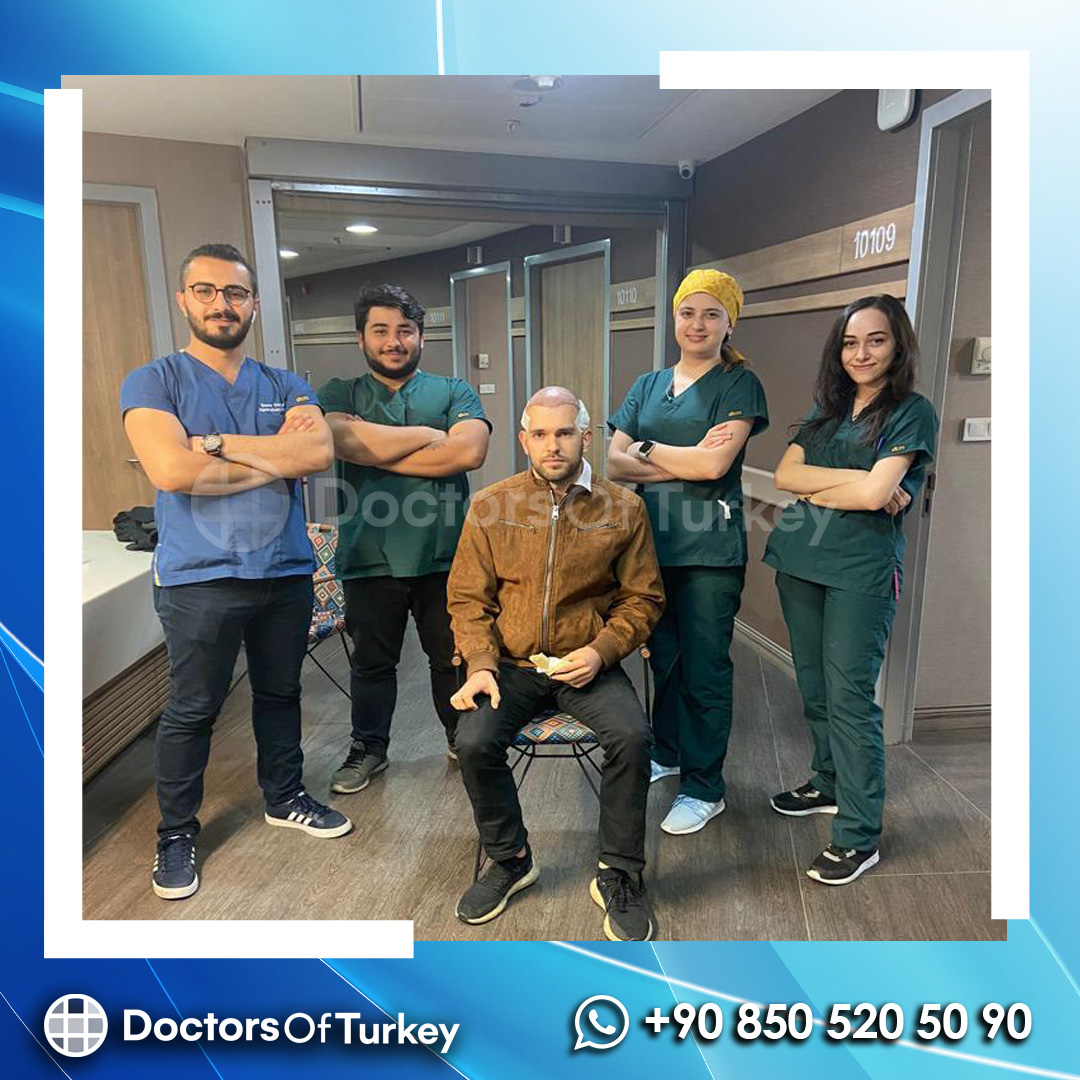 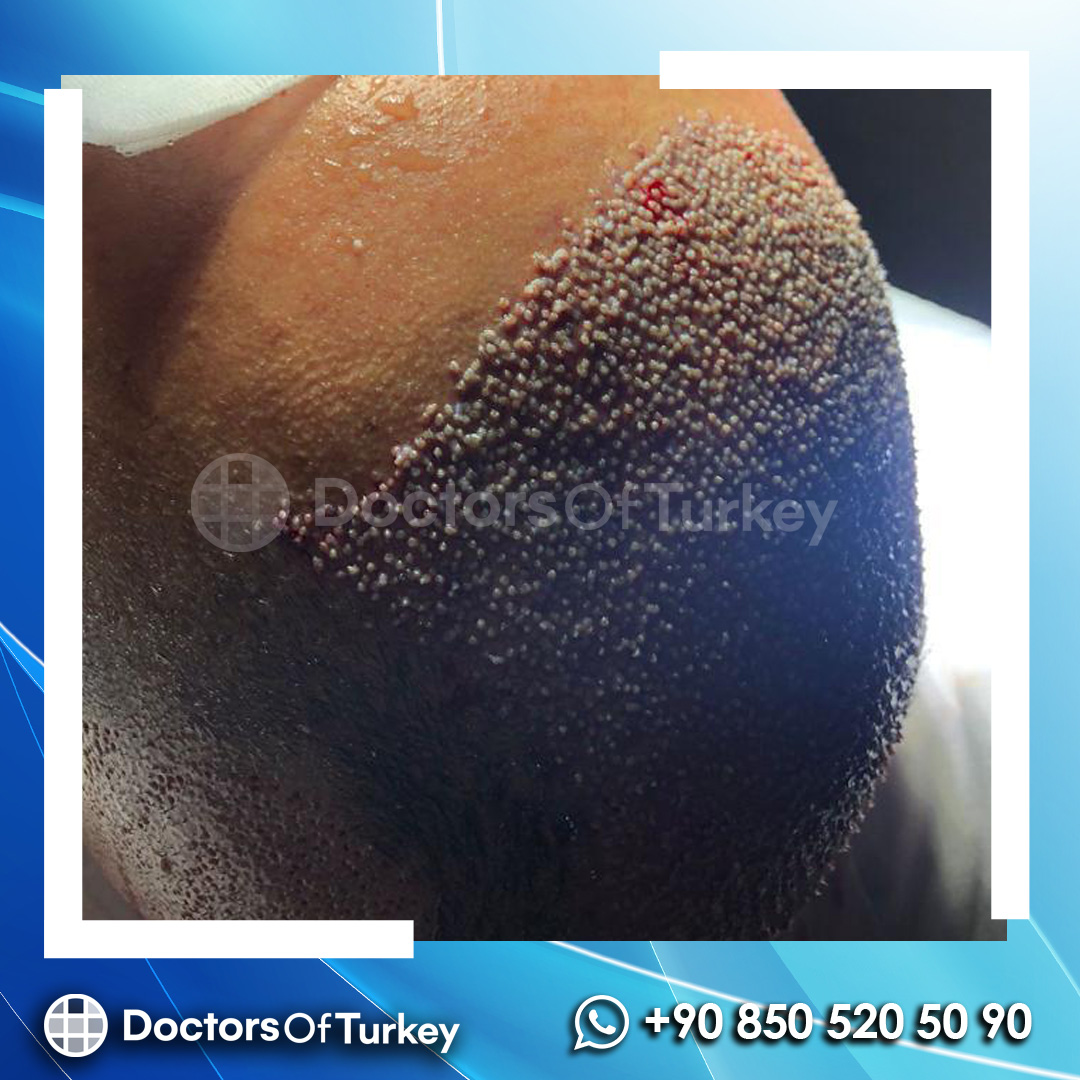 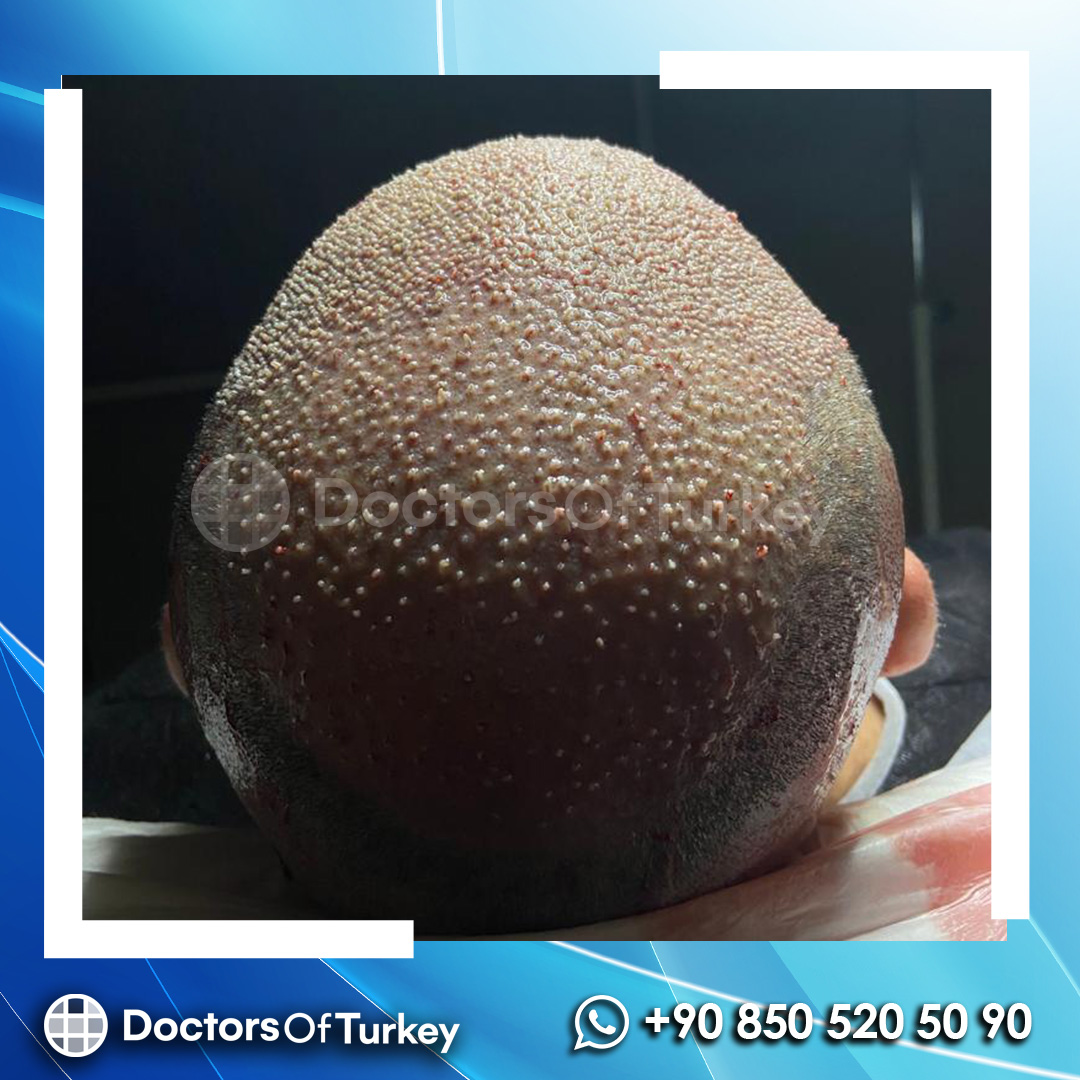 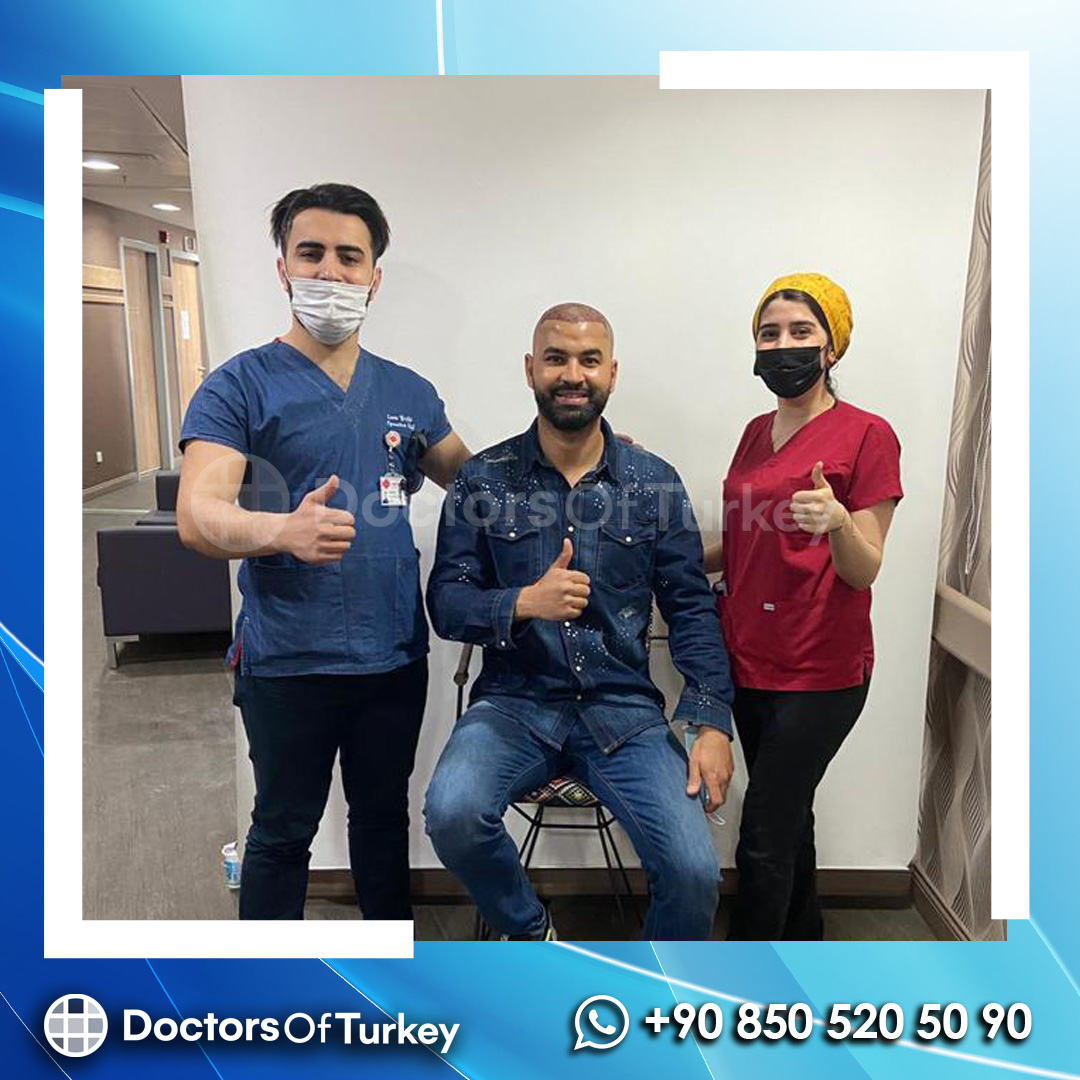 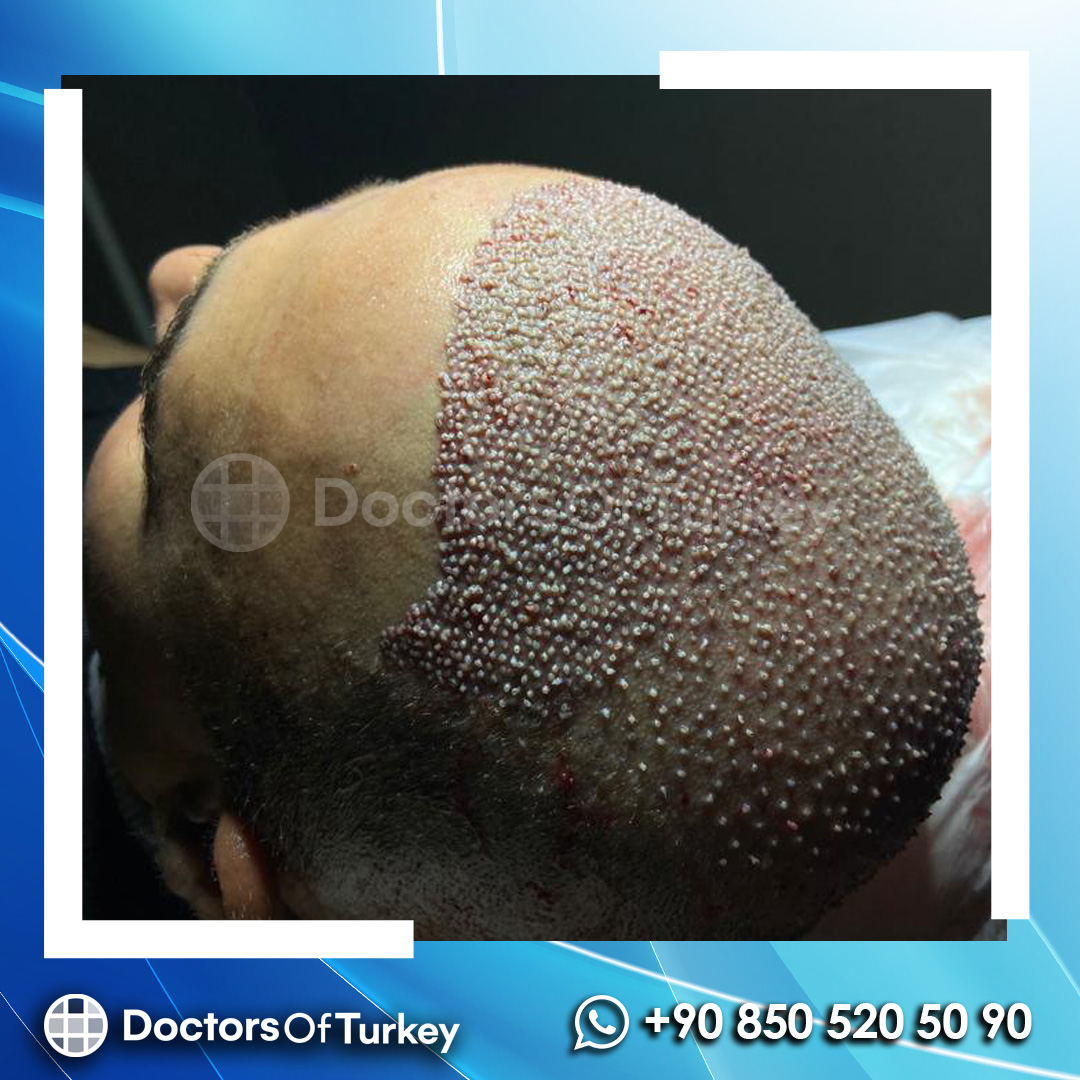 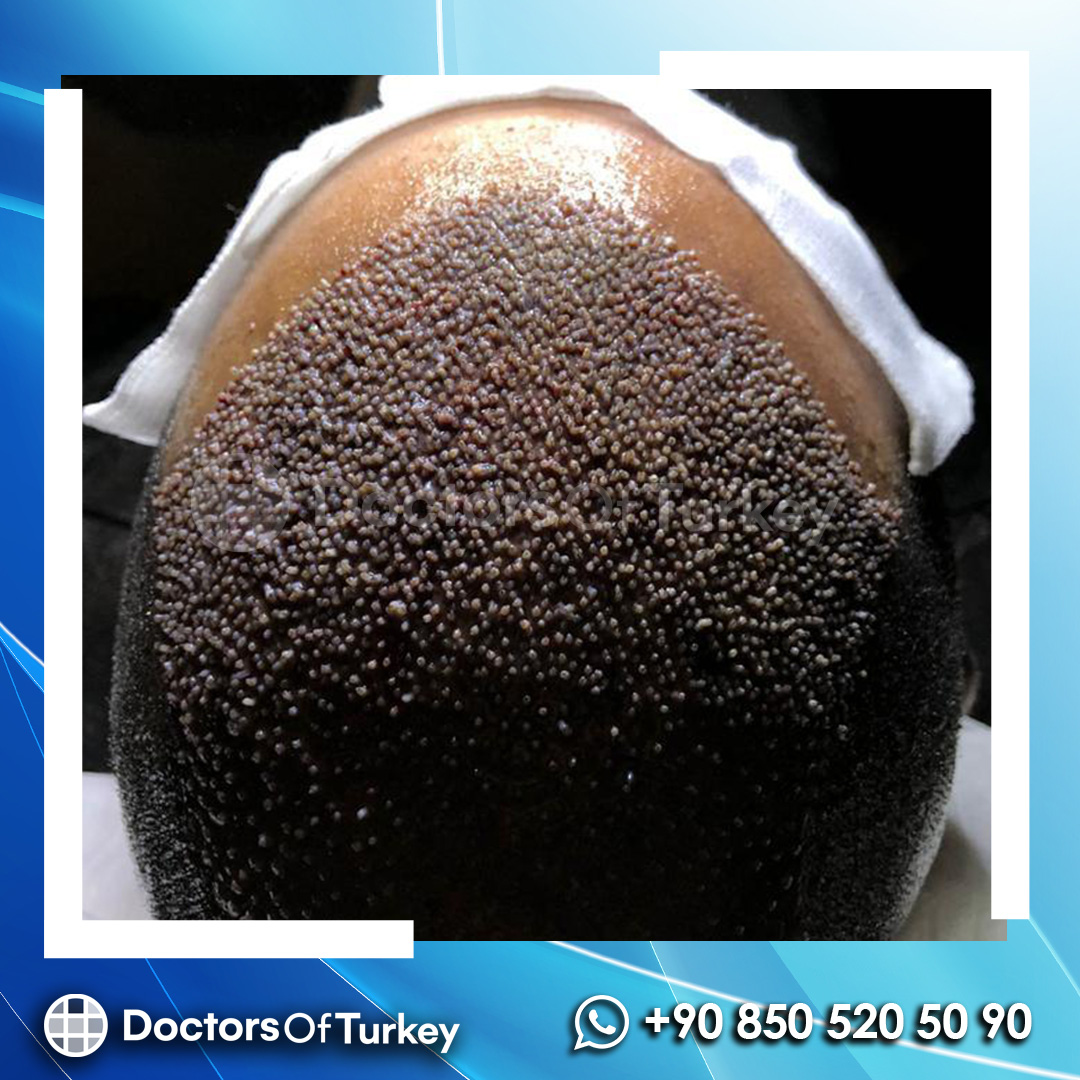 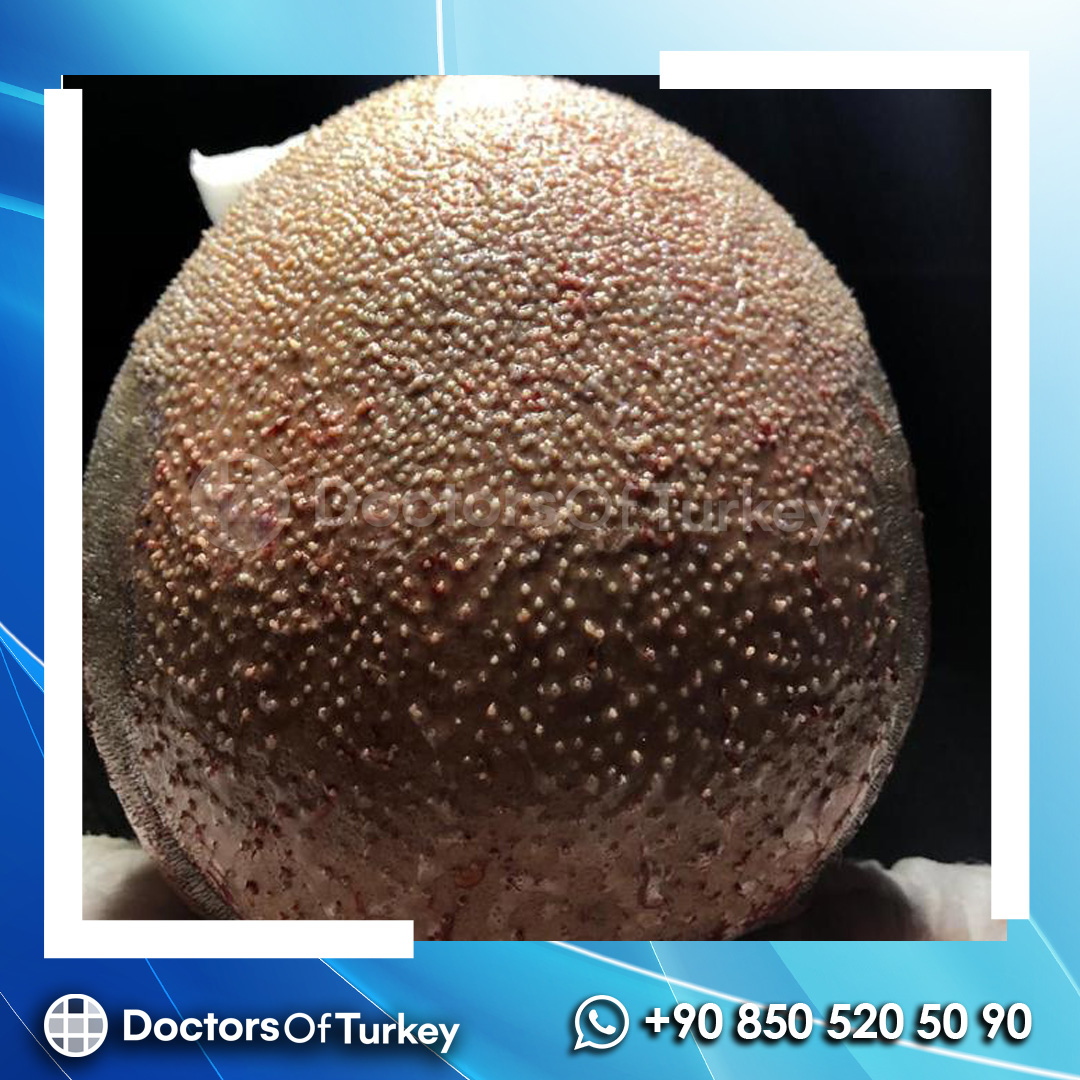 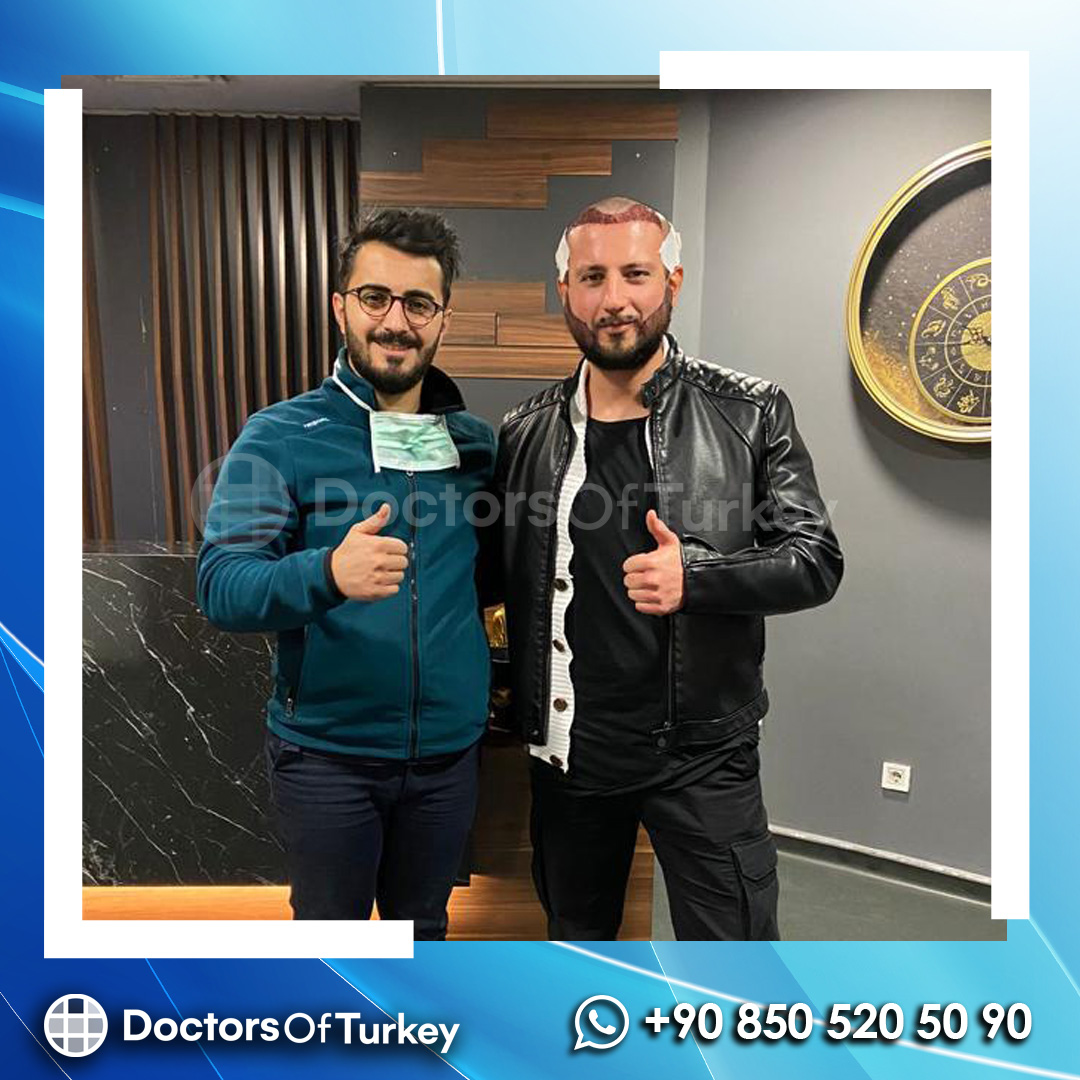 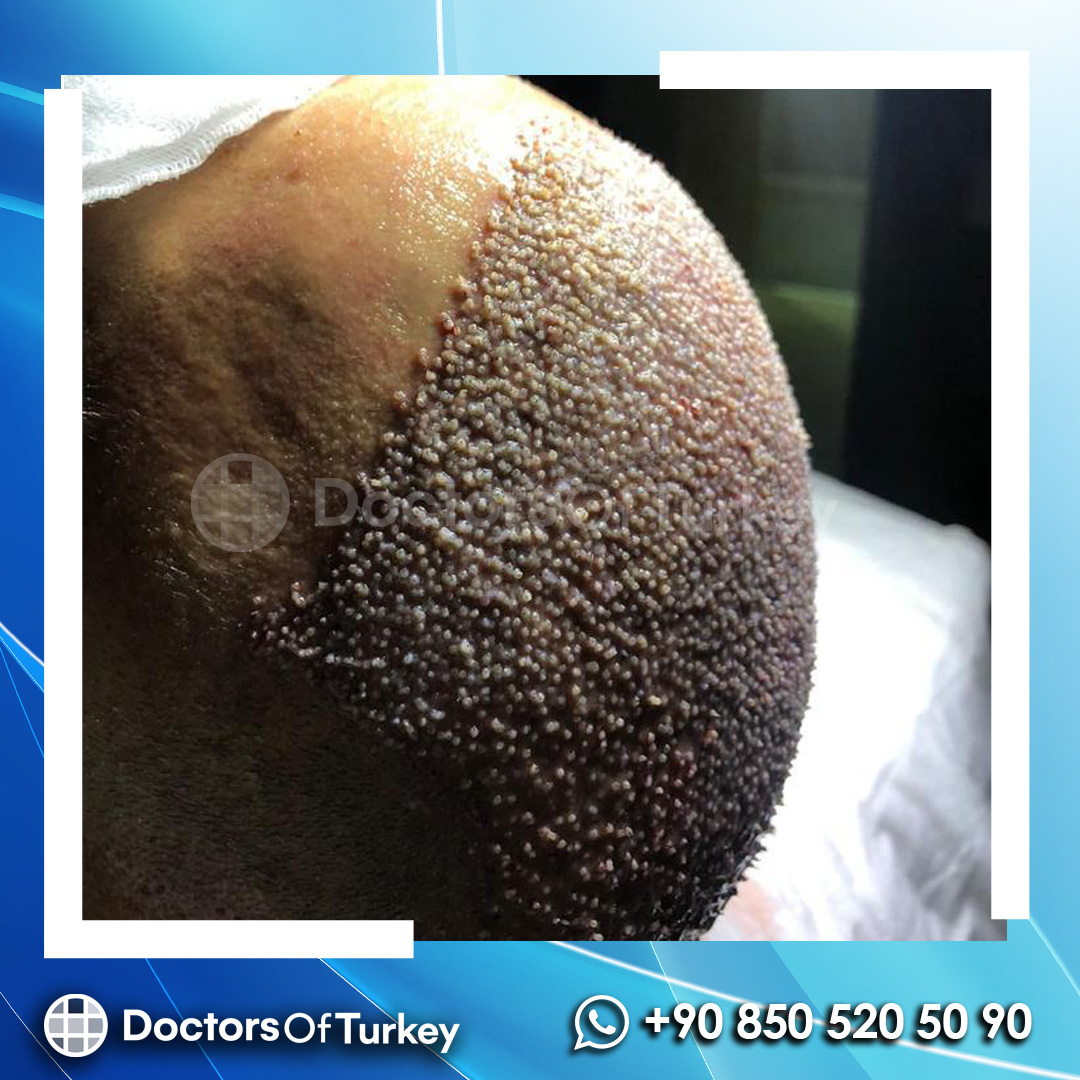 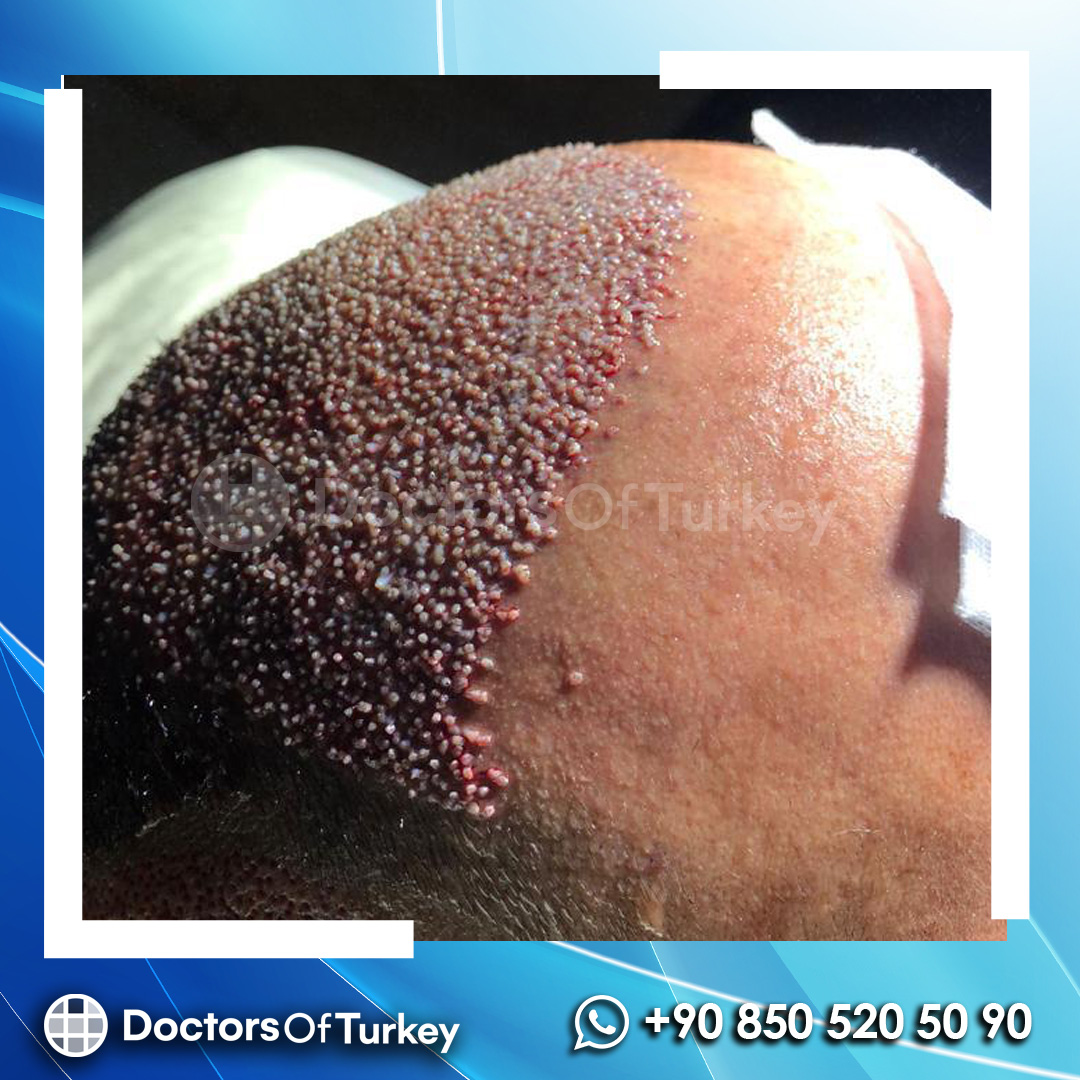 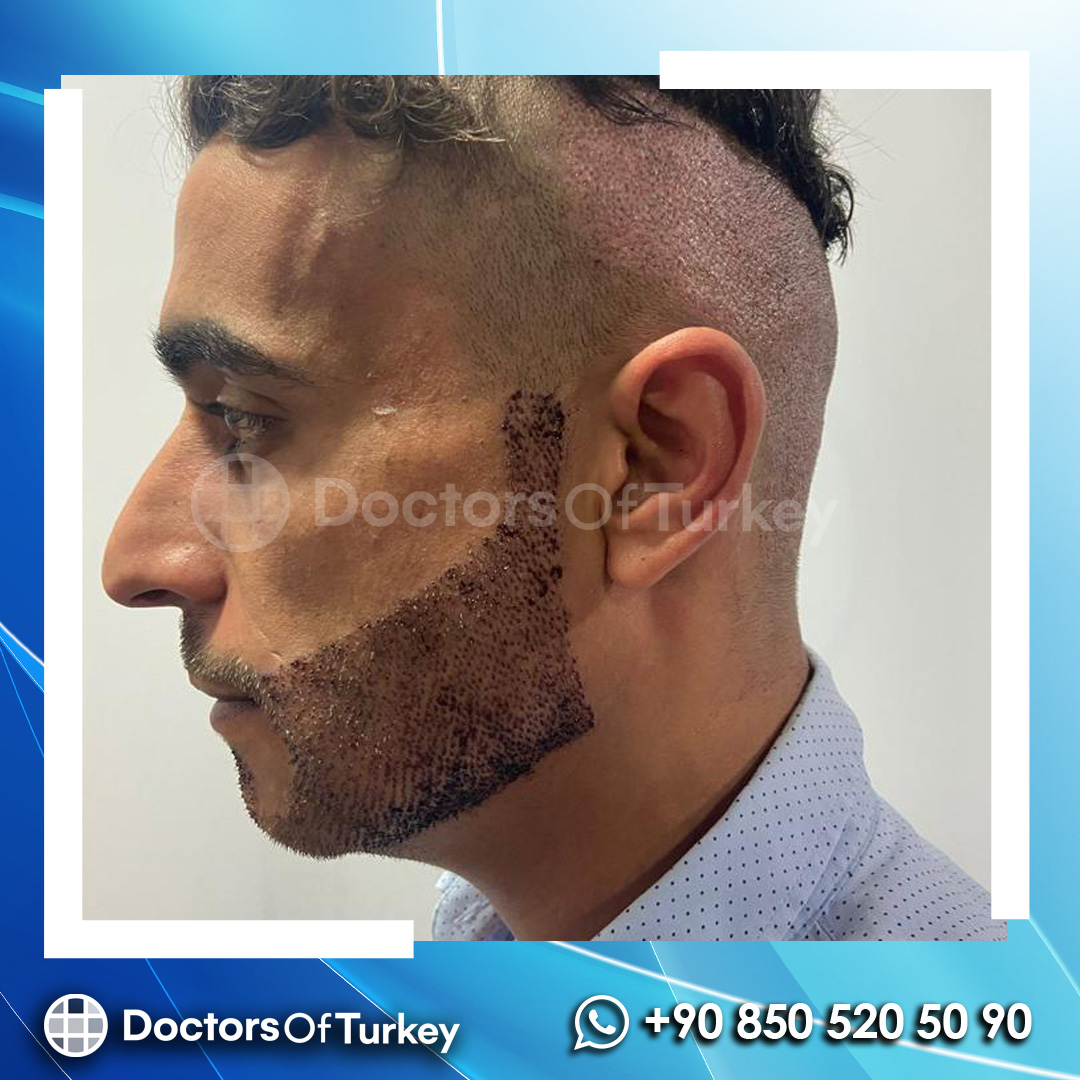 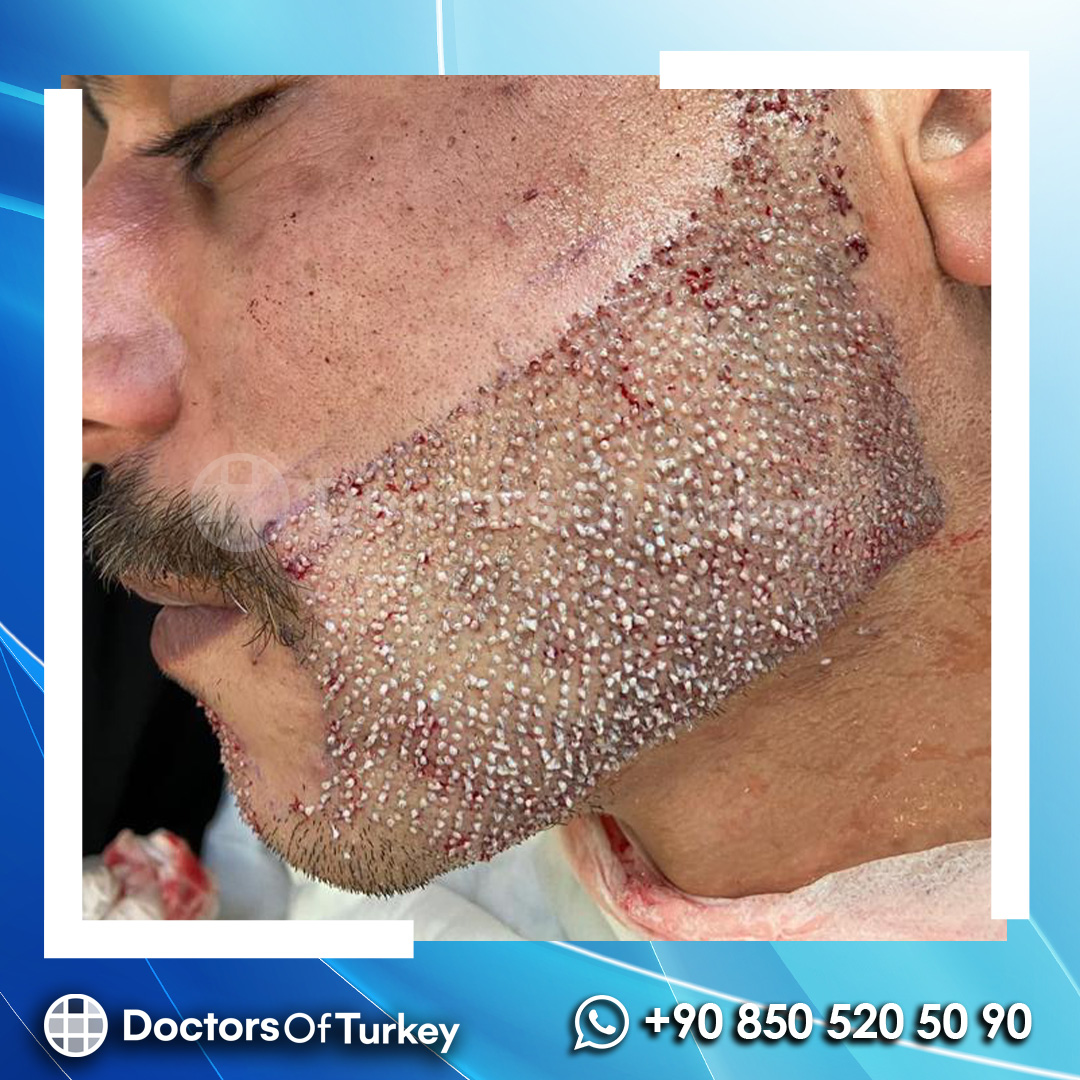 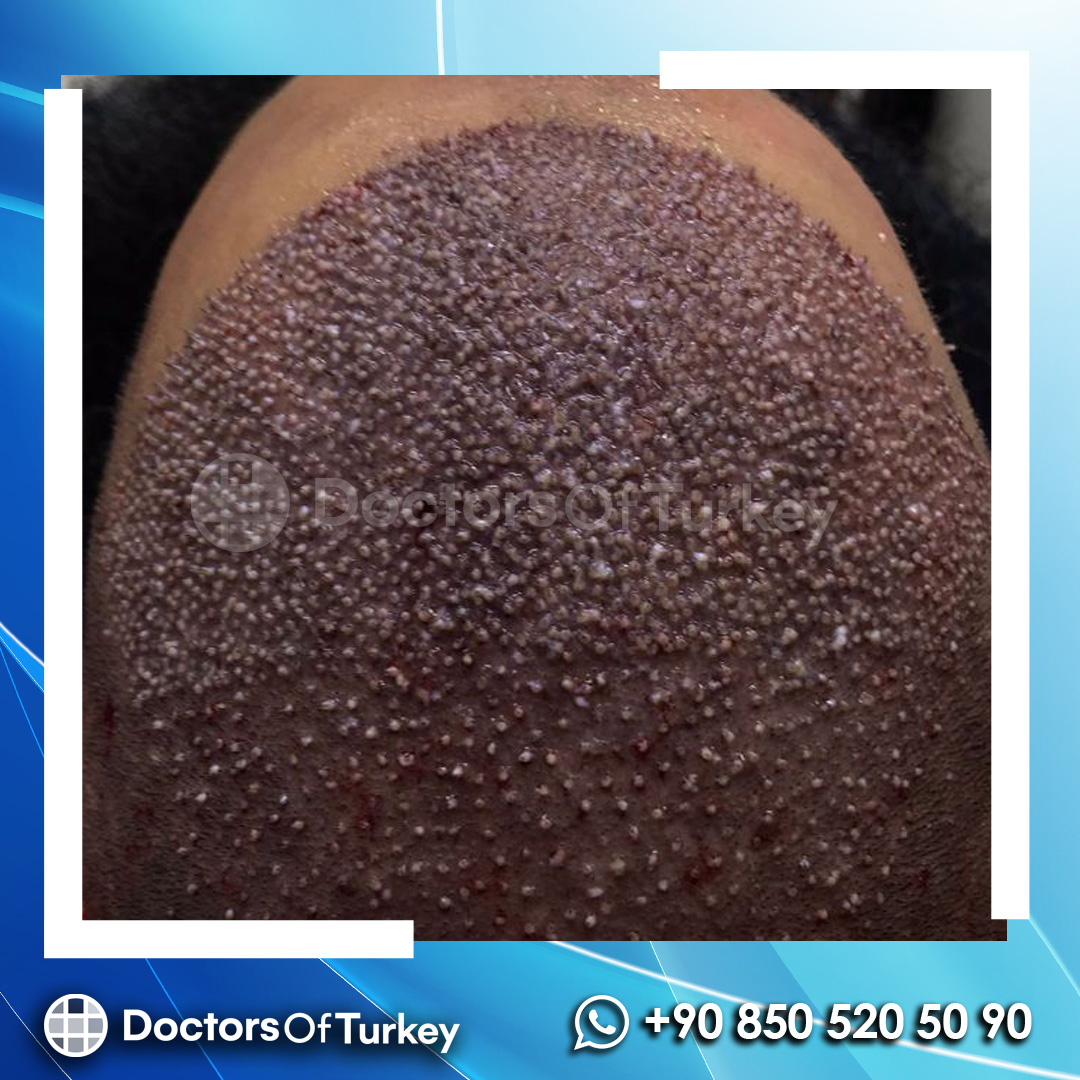 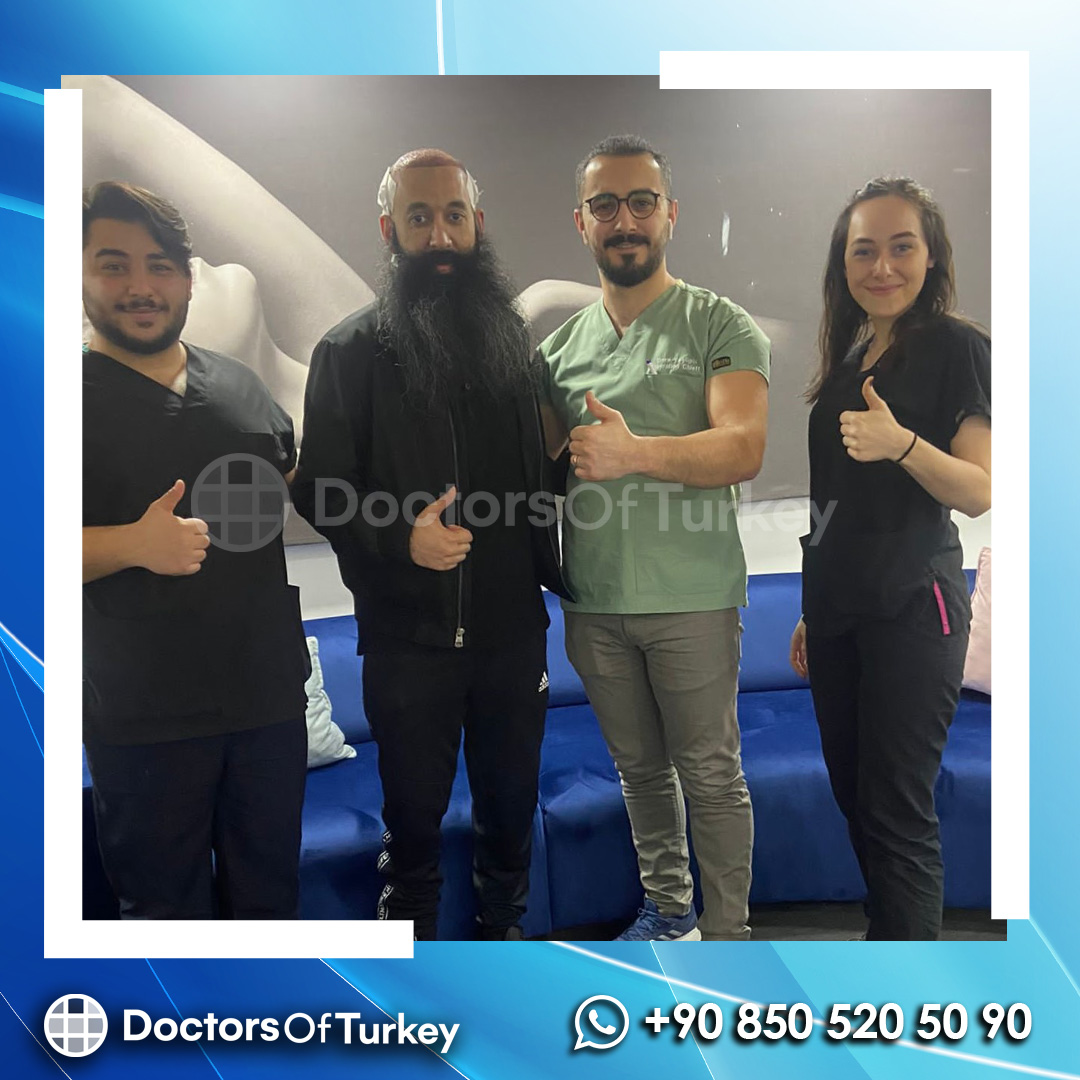 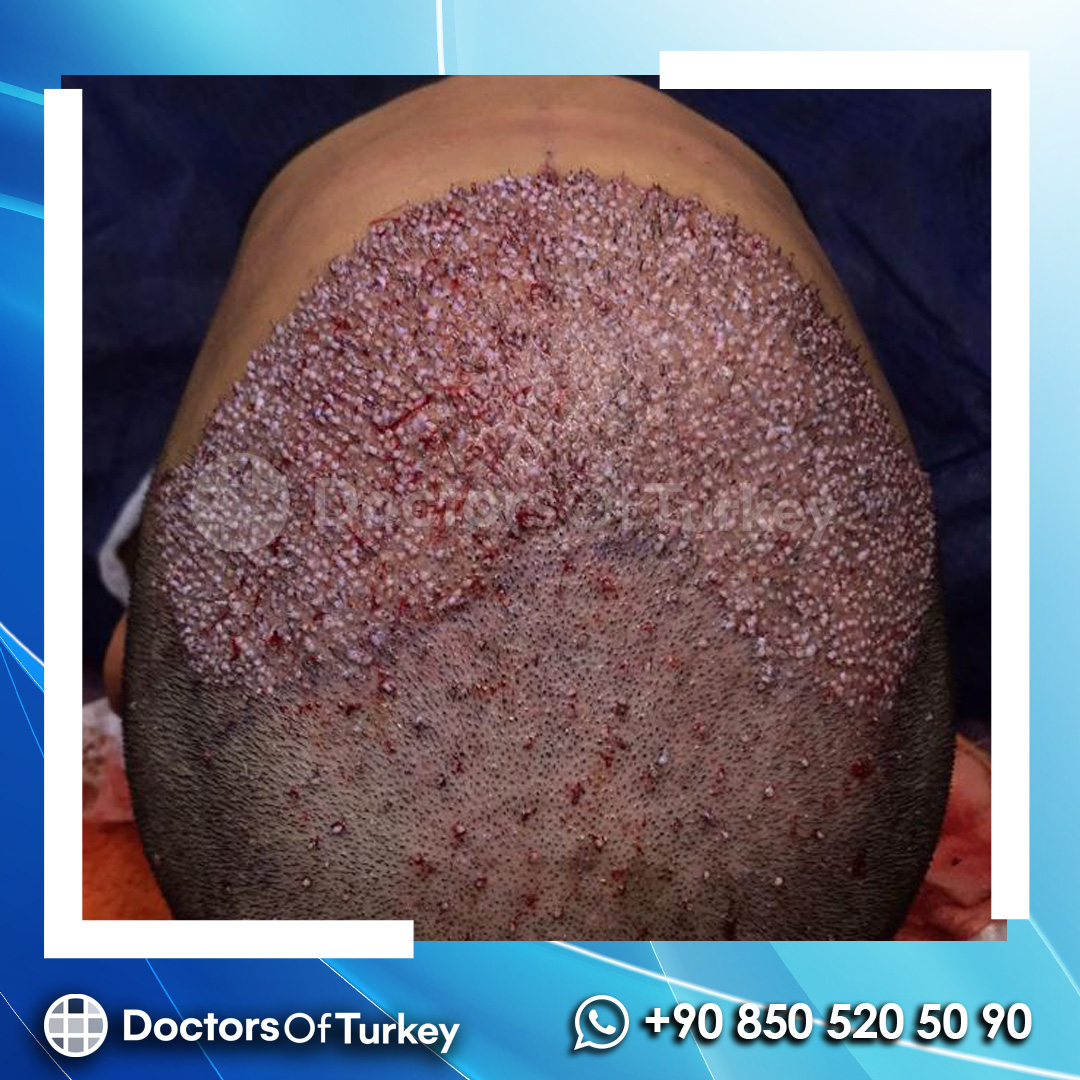 Get Free Quote Now!
Popular Branches
Get the treatment you are looking for with our specialist doctors working in our state-of-the-art facilities!

In Vitro Fertilization Treatment
HOW DOES THE PROCESS WORK IN TURKEY?
Contact our expert team and plan your treatment process with the most suitable options for your needs!
PROCESS PLANNING
Professionals of the Turkish health sector are proud to serve you. In order to get service from our facilities equipped with the latest technology devices and equipment, you can plan your treatment by contacting doctors, clinics and hospitals online on our site, or you can contact us and ask us to plan this organization on your behalf.
LANGUAGE, TRANSFER AND ACCOMMODATION
Don't worry about language, accommodation and transportation. Our healthcare professionals offer you an all-inclusive package to meet your basic needs such as Hotel Accommodation for a safe and comfortable healthcare experience, transfer services for your transportation to the Airport, Hotel and Health facilities, Travel Insurance to guarantee your safety during your time in Turkey.
CONSULTATION
The institution and specialist doctors that will provide the service related to the health service you want to benefit from, determine the plans and procedures by making face-to-face interviews and analyzes the most appropriate treatment method. If the suitability of the operation is mutually decided as a result of the controls, your operation time is planned. The processes and treatment plans of the operations become clear at this stage.
TREATMENT & OPERATION
Mutually agreed treatment method and treatment process are started on the planned date. And your operations are carried out in the health institution. All your operations are carried out with state-of-the-art facilities and equipment, accompanied by specialist doctors. You will be informed about what to do after the operation and your treatment process begins.
REST AND ACTIVITIES
Our patients, who wish, can purchase services from tourism companies that offer city tour services to see the historical parts of the city during the post-operative period. Turkey's strong tourism infrastructure is proud to serve you so that you can relieve your operational fatigue and have a fun time.
RETURN
After a successful operation and adequate rest, your final checks are made and your return journey begins. Our patients, who benefit from the all-inclusive service infrastructure, are dropped off at the airport to return to their countries. All health services offered are provided by health professionals in order to ensure your safety and comfort during your stay in Turkey.
Whatsapp Support Line
We strive to provide you with the most appropriate operational support!

With our budget and hotel accommodation, transfer services and treatment plan providers, we guarantee you the best results with the most affordable prices.

Not a Member?
We may call to you!
Please enter the information where we can reach you.